As we looked back on the past 10 years in Palestine, we highlighted the moments that shaped the decade — for the better, and for the worse.

In most of the stories we highlighted – of popular resistance movements, boycott campaigns, and the strength of the human spirit, more often than not, there were brave Palestinians at the helm, risking everything for a brighter future for their people.

We’ve reported on thousands of stories in Palestine, Israel, and the diaspora over the past decade here at Mondoweiss. Palestinians young and old, at home and abroad, are central to every story that we tell.

And while the political situation often seems bleak and hopeless, these Palestinians, these changemakers, continue to try to make a difference, no matter how big or small, in the hopes that they can do better for their community.

Below are a list of just a few of the Palestinian changemakers that stood out to us this past decade. 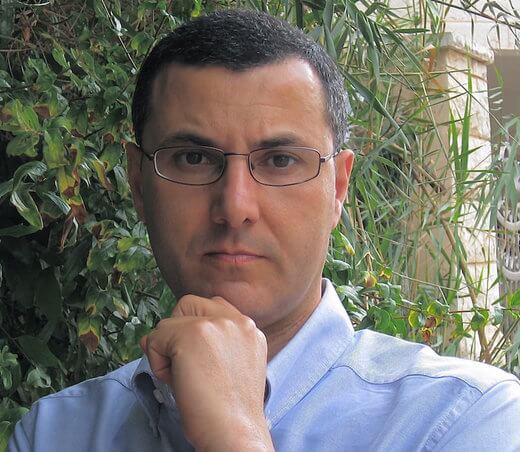 Perhaps one of the most influential figures of the past decade, and likely the one to come, is Palestinian human rights activist Omar Barghouti, who co-founded the Boycott, Divestment and Sanctions (BDS) movement in 2005. Inspired by the anti-Apartheid movement in South Africa, the BDS movement aims to pressure Israel into complying with international law through an academic, cultural, and economic boycott of the state.

Barghouti’s advocacy of the BDS movement has made him a household name in Israel, Palestine, and internationally, where he has been both celebrated and heavily criticized for his beliefs. His activism has inspired action amongst Palestine supporters across the globe, to organize and attempt to hold Israel accountable for its human rights violations. Israel has stepped up its efforts in recent years not only to suppress and criminalize the BDS movement, but to target Barghouti as well, demonizing him in the media and imposing restrictions on his movement locally and internationally. 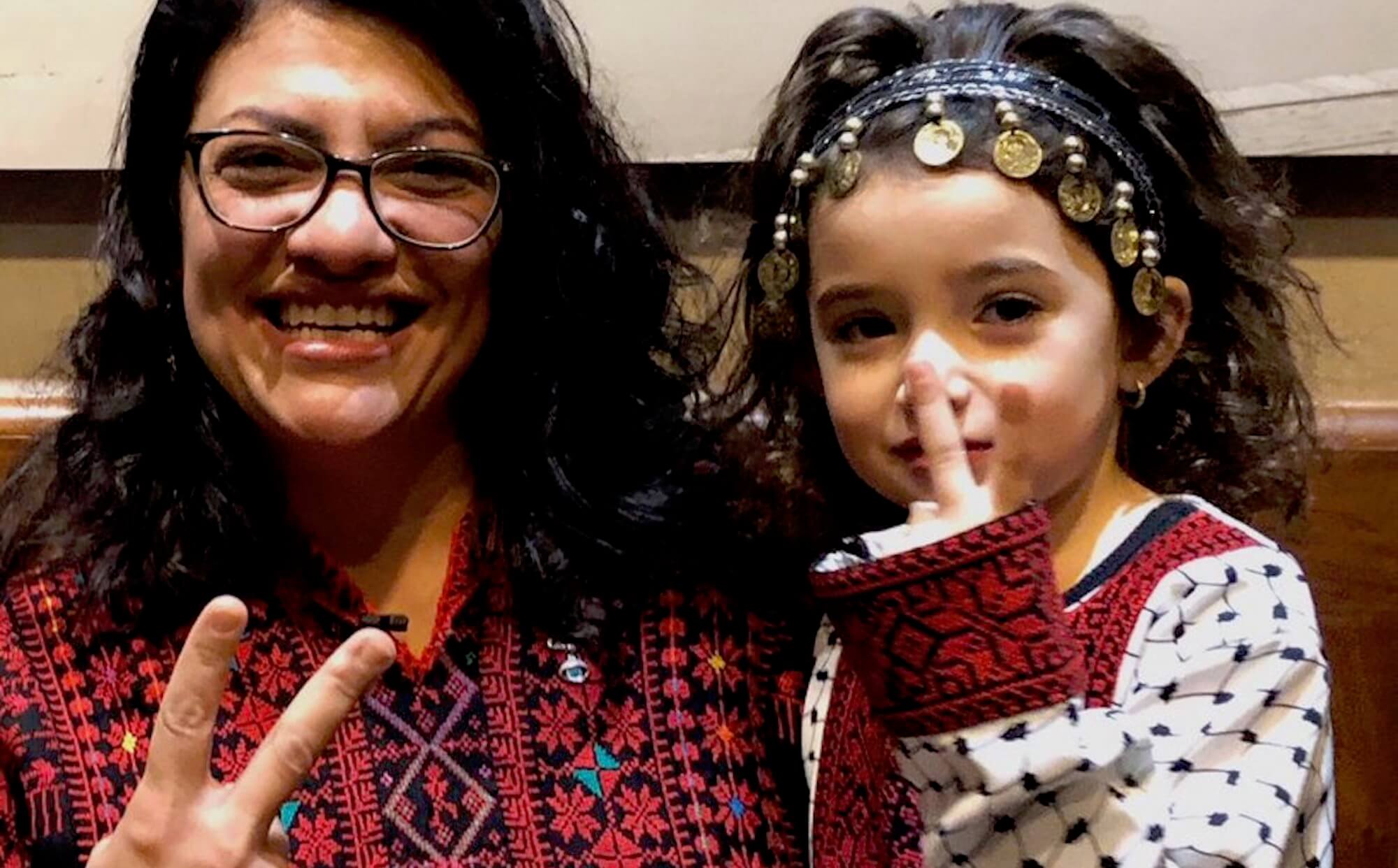 When Rashida Tlaib was elected to represent Michigan’s 13th Congressional District, she made headlines across the U.S. and the world. Palestinians across the diaspora, and locally, celebrated her becoming one of the first Muslim women, and the first ever Palestinian-American woman to be elected to congress.

While her election was largely treated as a symbolic victory initially, Tlaib has since proved to be an outspoken voice for progressive policies in the US, as well as an advocate for Palestinian rights. Her support of the BDS movement and her fierce criticism of the Israeli occupation have made Tlaib a target of both the American and Israeli right, including both country’s leaders. Despite being labelled by President Trump and his supporters as an anti-Semite, and being banned from her homeland by Prime Minister Netanyahu, Tlaib has continued to wear her kuffiyeh proudly in the halls of congress, and has bravely stood her ground as an advocate of Palestinian rights in the US and abroad.

Pro-Palestine activists on US campuses 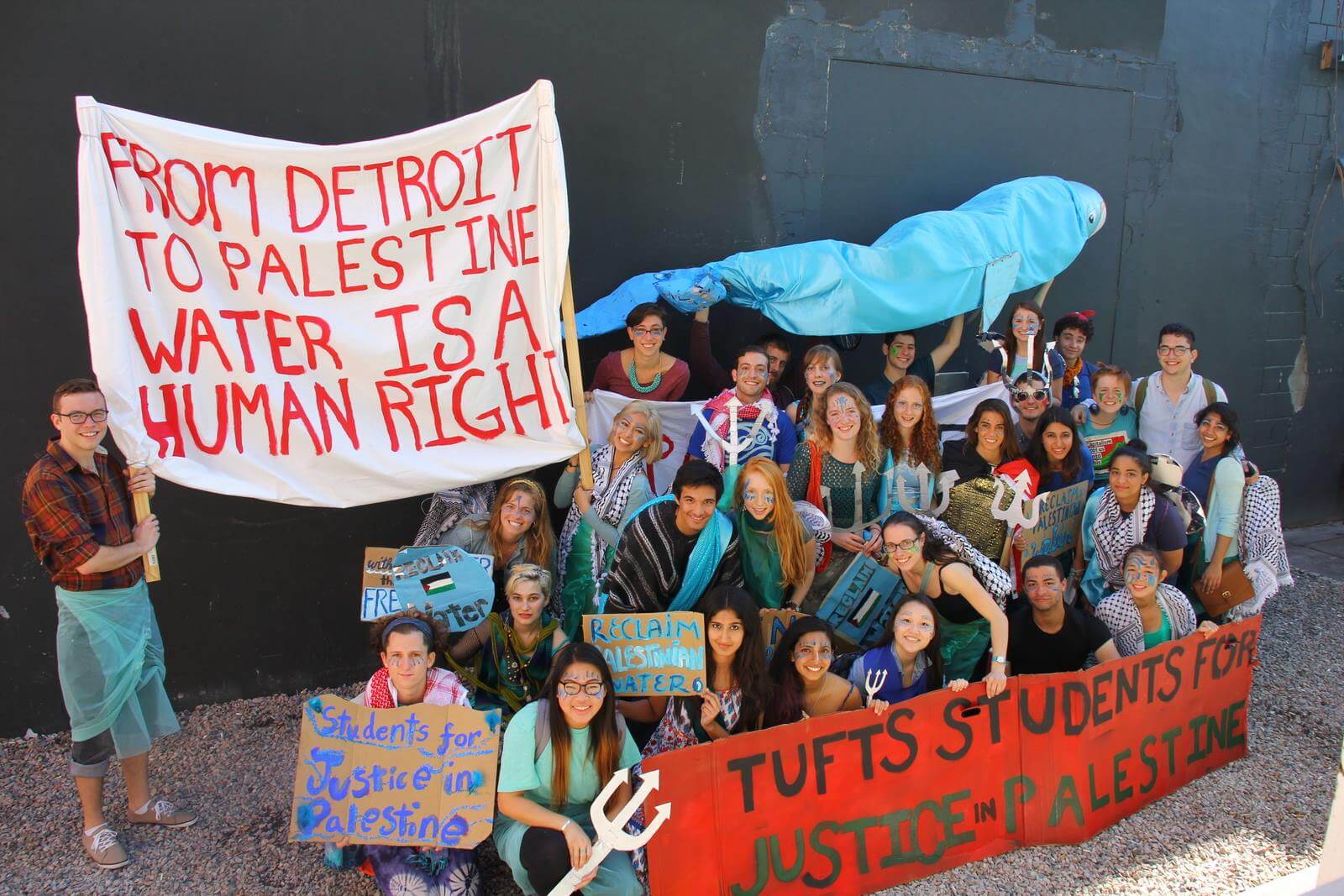 There has without a doubt been a shift, albeit slowly, happening within the US surrounding the discourse on Palestine and the human rights of Palestinians. Much of this positive shift can be attributed to the tireless work of young activists on college campuses, and the work of groups like Students for Justice in Palestine (SJP), which now boasts dozens of chapters across the country.

Student activists in the US have been relentlessly attacked for their advocacy of Palestinian rights by pro-Israeli actors and right-wing organizations, and have reported being slandered online, verbally and physically harassed on campus by pro-Israeli students, and being censored by their university administrators. Despite the risk of being labeled as anti-semites for their criticism of Israel’s actions in the occupied territory, these activists continue to organize and push for a more just and equal conversation on Palestine across the country. 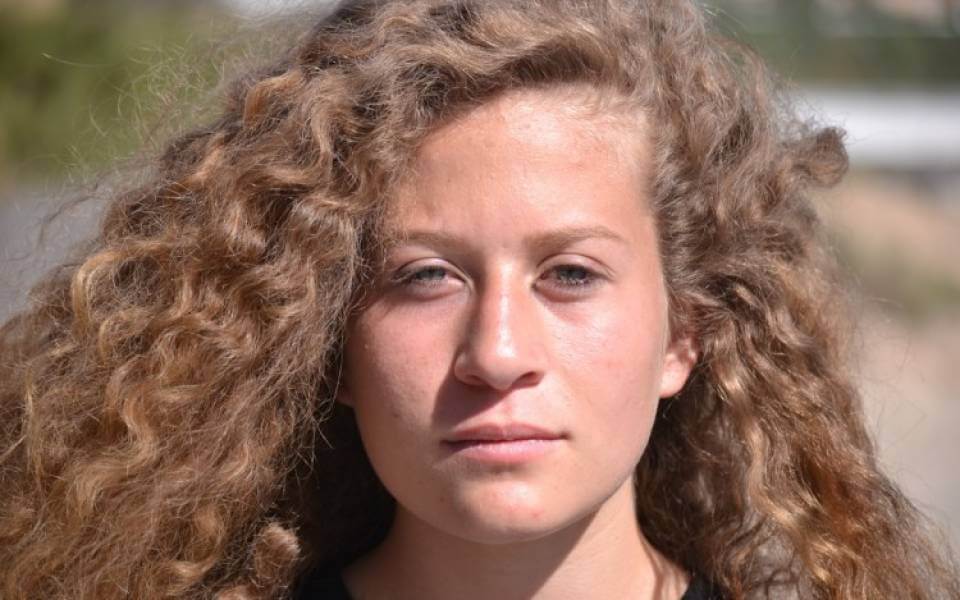 While she has been somewhat of a local celebrity since she was a girl, appearing in videos confronting Israeli soldiers from a young age, Ahed Tamimi was propelled to international icon status after she was arrested for slapping an Israeli soldier in the face during a raid on her hometown of Nabi Saleh. Her arrest, release, and subsequent world tour garnered a new level of attention surrounding the Palestinian issue, specifically the case of Israel’s arbitrary arrest and imprisonment of Palestinian minors.

The teenager, who has laid low in recent months, used her newfound stardom to educate the international community on the plight of Palestinian women and children under occupation. While there was some criticism locally of the international media frenzy surrounding Tamimi’s case, and the seeming neglect of all the other Palestinian child prisoners, there is no doubt that Tamimi made her mark this decade. 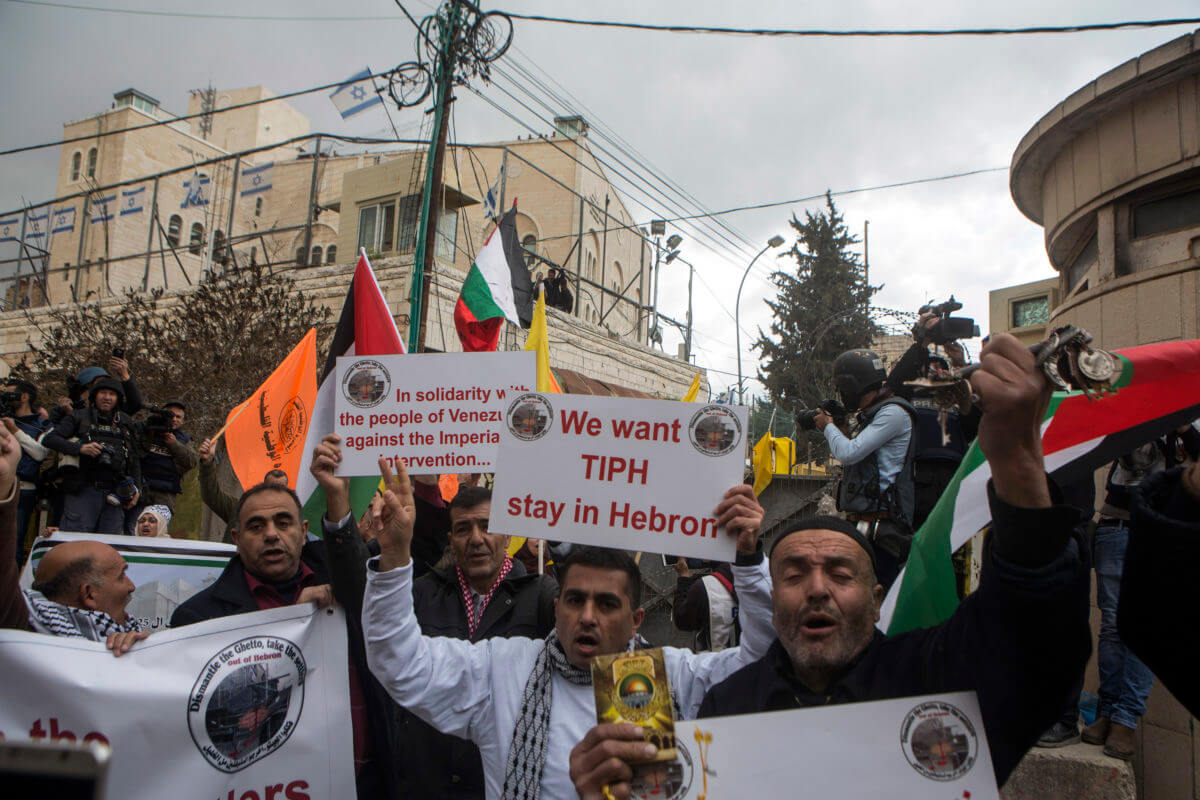 Palestinians hold banners and shout slogans in front of a gate leading to Shuhada Street in another protest organized by the group “Human Rights Defenders” and the other groups and political parties which are part of the “Dismantle the ghetto campaign, take settlers out of Hebron”. (Photo: Anne Paq/Activestills.org)

While they may not have been given the same level of attention as Ahed Tamimi, there are grassroots Palestinian activists who risk their lives everyday on the front lines of the conflict, to bring international awareness to the Israeli occupation — often with great success. From the West Bank and East Jerusalem, to Israel and the Gaza Strip, behind every sit-in, peaceful protest, and attention-grabbing action, there are local organizers every step of the way working to document the abuses of the occupation, and show them to the world. Over the years we have met countless activists like the ones described above, many of whom have been imprisoned, harassed, and physically attacked for their work.

We recognize the work of activists like Munther Amira from Bethlehem who are constantly organizing protests and actions to raise awareness about the occupation, the Human Rights Defenders in Hebron who work tirelessly to document the abuses of the occupation and settlers, and people like Ghassan Najjar in Nablus who put their lives on the line to protect local farmers not only during olive harvest season, but all year long. These are just a few of the people whose names you may not know, but whose work has significantly impacted the lives of their communities, and likely, your awareness of the situation in Palestine. 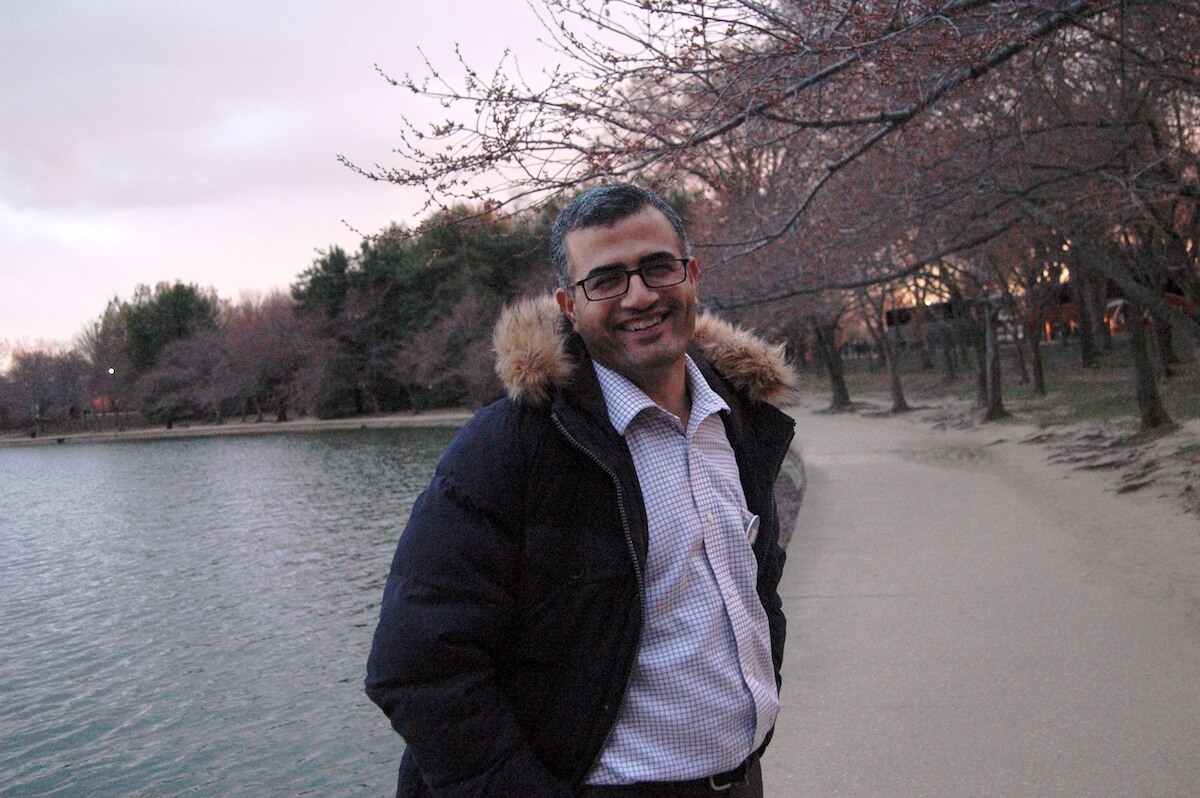 A young writer and peace activist in Gaza, Ahmed Abu Artema, 35, unknowingly became one of the most influential figures in Palestine in recent history when he founded the Great March of Return in 2018, one of the largest Palestinian popular movements in decades. As told by Abu Artema to Mondoweiss earlier this year, the idea came to him as he watched a flock of birds soar across the Israeli-imposed separation fence on the Gaza border. “Isn’t it the right of a person to move freely like a bird?” he asked himself.

Abu Artema took to Facebook to propose a simple but revolutionary idea to his friends: what if Palestinians in Gaza, besieged for over a decade, peacefully marched towards the fence with the goal of camping a few miles beyond the barrier, effectively asserting their right to return to their original homelands (more than 70% of Gazans are refugees). The post went viral, and from there, Abu Artema helped birth a movement that, while tragically resulting in the killing of hundreds of Palestinians by Israeli forces, has persisted every week for more than a year, and has empowered Gazans to demand their rights that have been denied to them for years. 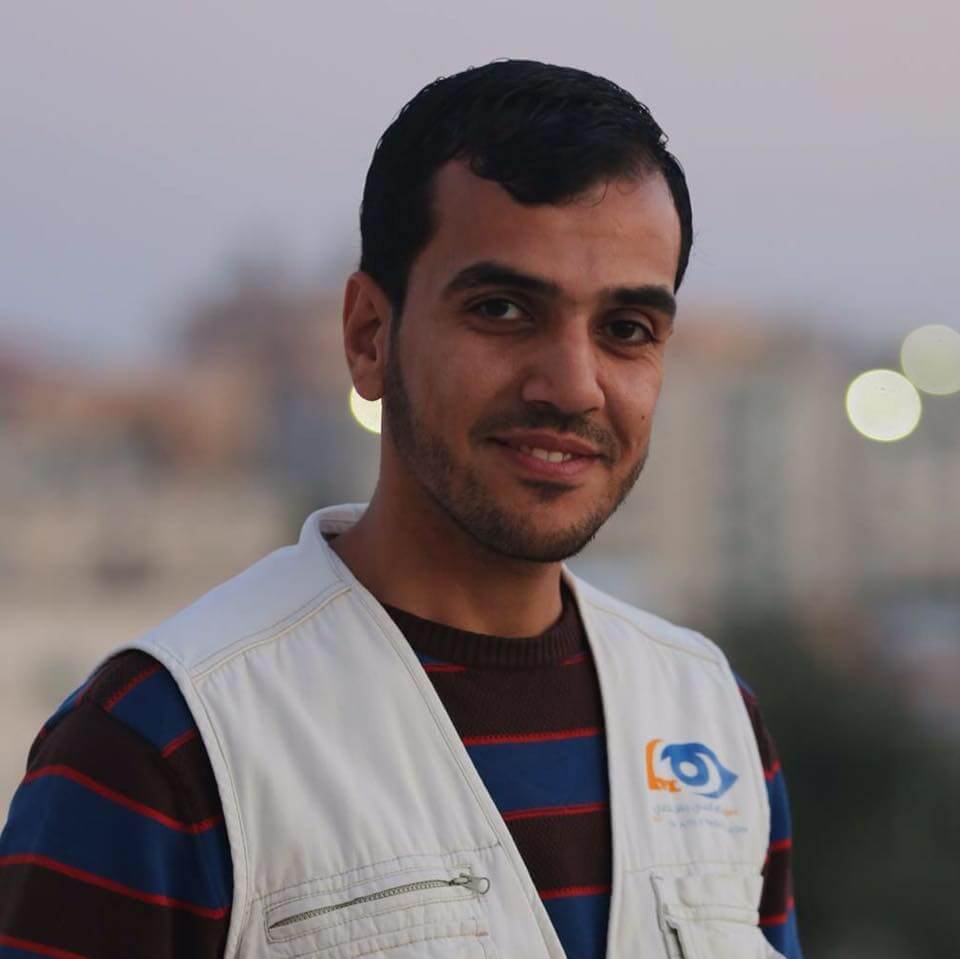 While the progress of social media over the past decade has made it much easier to access information from Palestine in real time, witnessing the stories that we do would not be possible without the hard work of Palestinian journalists and photographers, who work tirelessly to document the situation around them every single day. Unlike many of their international counterparts working in the region, journalistic immunity is not a privilege enjoyed by Palestinian journalists on the front lines of the conflict.

A century of struggle in Palestine.