Eberhard Frank is surrounded by the history books that line the walls of his living room at his home in the Adelaide Hills.

He is a man who cares deeply about his heritage.

“For all my life I’ve been told by my parents that I was born in Palestine, I have a birth certificate headed ‘Government of Palestine’ which states I was born in Jaffa, Palestine,” Mr Frank, now 79, tells SBS News.

He was naturalised by Australia in 1952, but when he went to renew his Australian passport last year he was shocked to find on the application his place of birth had been automatically recorded as ‘unspecified’.

The form had been filled in automatically and ‘unspecified’ was typed in the place which had previously stated the ancient city of ‘Jaffa, Palestine’ on his past applications.

“To me, it was an offence against my dignity and my rights,” he says.

The state of Israel was created in 1948 following the end of World War II. Present-day Jaffa is now on the outskirts of the Israeli city of Tel Aviv.

Mr Frank showed SBS News his many passports dating back to 1974, which recorded his place of birth as ‘Jaffa, Palestine’.

“Why the Australian government has chosen to no longer use the name Palestine is a mystery to me. In my mind, I regarded that as a form of discrimination,” he says.

Mr Frank’s German parents were brought to a civilian internment camp in Australia during World War II. They spent six years interned until they were released in 1947 and decided to settle in the country.

The father of two, who lives with his Australian partner in Basket Range, became a secondary school humanities teacher in South Australia, before becoming a school principal.

When he found out his place of birth had been changed on his passport application last year, he was so outraged he decided to wait to renew his passport and instead lodge a claim with the Human Rights Commission. 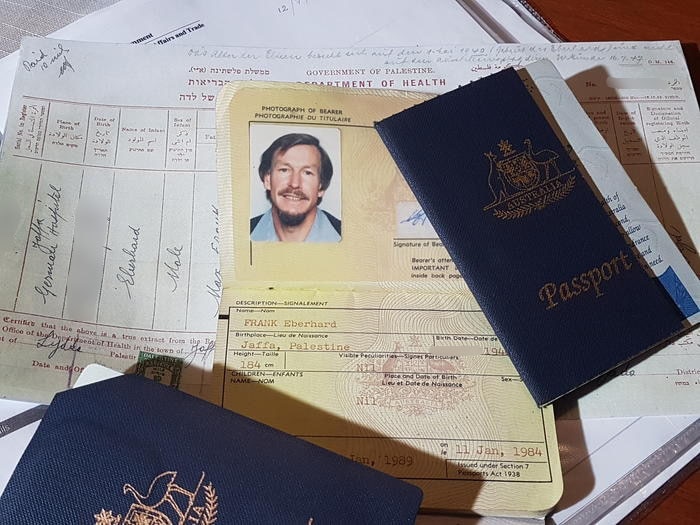 The commission tried to mediate the dispute between him and the Department of Foreign Affairs and Trade (DFAT), which manages passports.

At the mediation, Mr Frank says he suggested a compromise as listing his place of birth as ‘British Mandated Palestine’, but says DFAT declined his offer, saying government policy was to not recognise the state of Palestine.

He then sued the government through the Federal Court.

The Court sent the case to mediation, and last month DFAT eventually agreed to his compromise.

No compensation or legal fees were awarded, meaning Mr Frank, who represented himself, was not out of pocket, and taxpayers picked up the bill for DFAT’s representation in the six-month legal battle.

His official place of birth on government documents will now be recorded as ‘Jaffa, British Mandated Palestine’.

It is not clear whether the change on Mr Frank’s passport application was an isolated case or part of a broader change in Australian government policy of no longer recognising the country that existed pre-Israel as ‘Palestine’.

His older brother and sister, who were also born in the Middle East, also previously had passports stating ‘Palestine’ as their place of birth, but have not renewed them recently.

Australian passports need to be renewed every 10 years.

It is unclear how many other Australians born in the region may be affected by similar circumstances to Mr Frank.

According to the General Delegation of Palestine to Australia, less than 3,000 Australians were born in the Palestinian Territories. It is likely only a fraction of those were born before 1948 like Mr Frank. 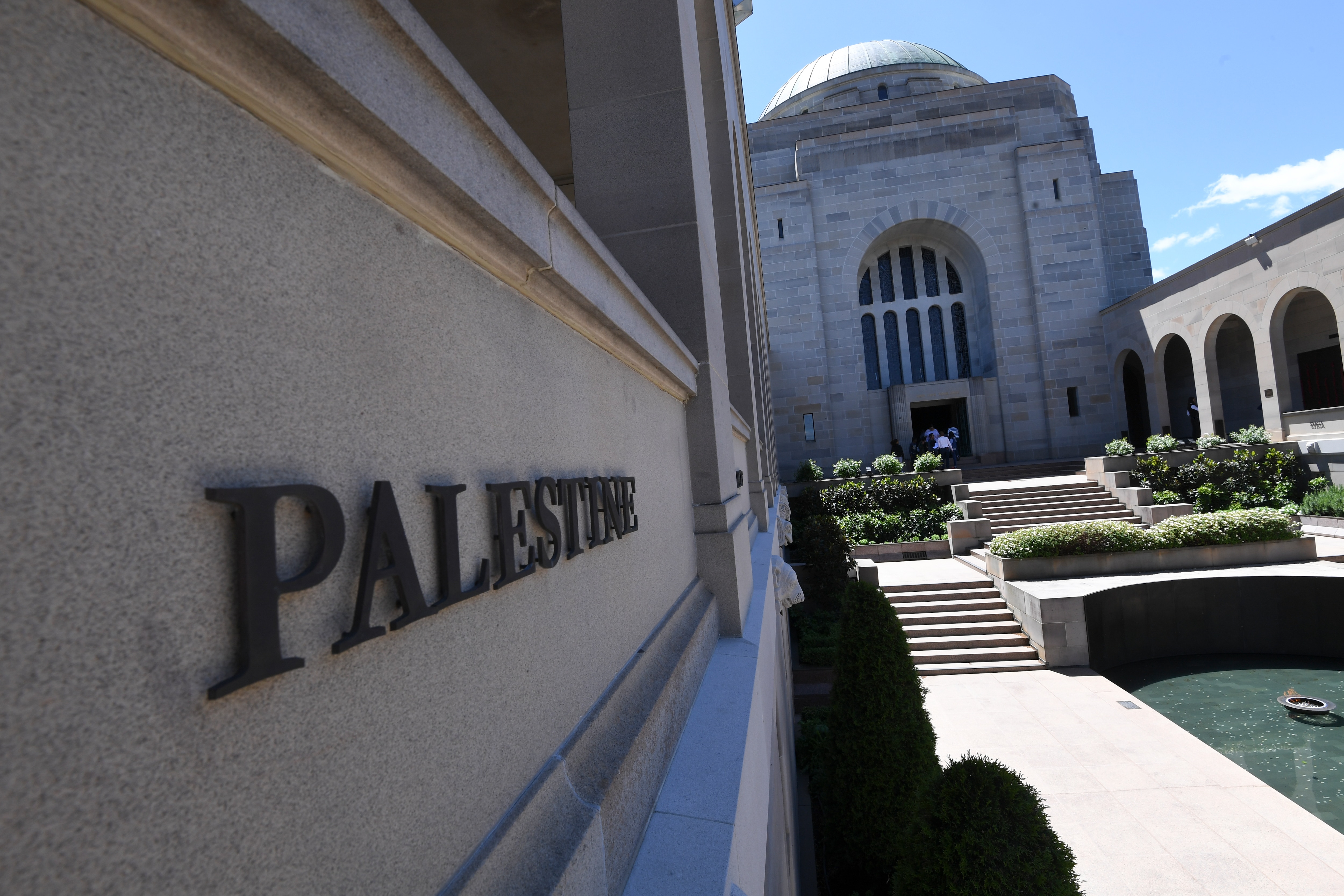 ‘Palestine’ is featured on the Australian War Memorial in Canberra in 2017.
AAP

Bassam Dally from the Pro-Palestinian advocacy group the Australia Palestine Advocacy Network told SBS News he was aware of two other similar cases.

“It’s ridiculous … This should never be a political issue, the place where people were born,” he said.

Mr Dally pointed out at war memorials around the country, particularly those marking World War I and conflicts including Beersheba, Palestine is listed as the place of conflict. This includes at the Australi

The Australian Israel and Jewish Affairs Council declined to comment on the case.

For Mr Frank, he says he hopes his victory against the government may set a legal precedent for others in similar situations.

“It felt like success. I don’t look at these things as winning and losing. I interpret it as an outcome of good sense, a triumph of good sense over what I think was a silly decision,” he says.

Mr Frank turns 80 next year and is looking forward to many more years of travel ahead of him. He says he hopes to use his new passport to visit Europe and South America, as well as Gaza.

130,000 are jobless in Gaza since the beginning of Coronavirus.

A Massive Win for BDS Movement