For most people 8 December came and went like any other ordinary day. For Palestinian political groups, though, it was another anniversary to be commemorated, for it was on that day, thirty-three years ago, that the First Palestinian Intifada (uprising) broke out, and there was nothing ordinary about this historic event.

Today, the uprising is viewed as history, another opportunity to reflect and, perhaps, learn from a seemingly distant past. Whatever political context the Intifada had, it has evaporated over time. The simple explanation of the Intifada is as follows: ordinary Palestinians were fed up with the status quo; they wished to shake off Israel’s military occupation; they wanted to make their voices heard; The End.

But there is more to the story. To understand the meaning of the Intifada and its current relevance, it has to be viewed as an ongoing political event which generates new meanings constantly, rather than a historical event of little relevance to today’s realities.

Predictably, the Palestine Liberation Organisation (PLO) moved quickly to harvest the fruit of the sacrifices made by the people and translate them into tangible political gains, as if the traditional Palestinian leadership truly and democratically represented the will of the people of Palestine. The result was a disaster, as the Intifada was used to resurrect the careers of some Palestinian “leaders” who claimed to be mandated by the Palestinians to speak on their behalf, leading to the Madrid Talks in 1991, the Oslo Accords in 1993 and every other compromise made ever since.

Thousands of Palestinians, mostly young people, were killed by the Israeli army during the Intifada years. Israel reacted to non-violent protesters and even children throwing stones to demand their freedom as if they were enemy combatants. It was during these horrific years that “shoot to kill” and “break their bones” policies and other military stratagems were introduced, and became part of the already violent discourse.

In truth, however, the Intifada was not a mandate for Yasser Arafat, Mahmoud Abbas or any other Palestinian official or faction to negotiate on behalf of the Palestinian people. It was certainly not a call for the leadership to offer to Israel or anyone else unreciprocated political compromises. 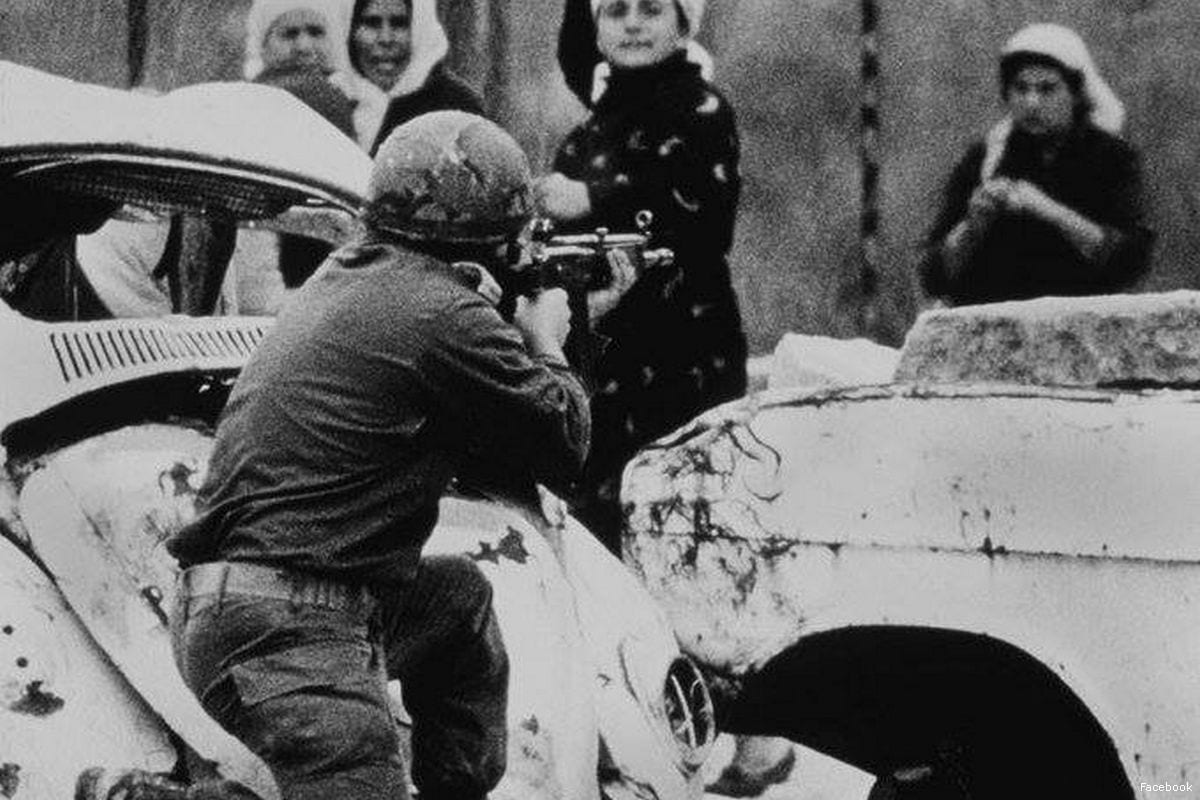 The Palestinian people have always struggled with the issue of political representation. As early as the mid-20th century, various Arab regimes claimed to speak on behalf of the Palestinians, and thus inevitably used Palestine in their own domestic and foreign policy agendas. The use and misuse of Palestine as part of an imagined collective Arab agenda more or less ended with the humiliating defeat of several Arab armies in the 1967 Six Day War, known in Arabic as the Naksa, (“Let-down” or “Setback”). The crisis of legitimacy was meant to be resolved quickly when the largest Palestinian political party, Fatah, took over the leadership of the PLO. The latter was then recognised in 1974 during the Arab Summit in Rabat, as the “sole legitimate representative of the Palestinian people”.

This “legitimacy” was meant to be the formula that resolved the crisis of representation, drowning out all other claims made by Arab governments. It worked, but not for long. Nevertheless, Arafat’s and Fatah’s hegemony over the PLO did, in fact, enjoy a degree of legitimacy among Palestinians. At that time, Palestine was part and parcel of a global national liberation movement, and Arab governments, despite the deep wounds of war, were forced to accommodate the aspirations of the Arab people, keeping Palestine as the focal issue among the Arab masses as well.

However, in the 1980s, things changed rapidly. Israel’s invasion of Lebanon in 1982 resulted in the forced exile of tens of thousands of Palestinian fighters, along with the leaderships of all Palestinian groups, resulting in bloody massacres targeting Palestinian refugees in Lebanon.

The years that followed accentuated two grave realities. First, the Palestinian leadership shifted its focus from armed struggle to merely remaining relevant as a political actor. Now based in Tunis, Arafat, Abbas and others were issuing statements, sending all kinds of signals that they were ready to compromise, as per the American definitions of this term. Second, Arab governments also moved on, as the growing marginalisation of the Palestinian leadership was lessening the pressure of the Arab masses to act as a united front against the Israeli military occupation and colonisation of Palestine.

It was at this precise moment that the Palestinians under occupation rose up in a spontaneous movement that, at its beginning, involved none of the traditional Palestinian leadership, Arab regimes or familiar slogans. I was a teenager in a Gaza refugee camp when all of this took place; it was a true popular revolution being fashioned in a most organic and pure form. We saw the use of a slingshot against Israeli military helicopters; the use of blankets to disable Israeli army tanks; the use of raw onions to ease the effects of teargas; and, more importantly, the creation of a language to respond to every violent strategy employed by the Israeli army and articulate the resistance of Palestinians on the ground in simple, yet profound slogans, written on the decaying walls of every Palestinian refugee camp, town and city.

While the Intifada did not attack the traditional leadership openly, it was clear that Palestinians were seeking alternatives. Local grassroots leaders sprang out in every neighbourhood, every university and even in prison; no amount of Israeli violence was able to thwart the natural formation of this leadership. 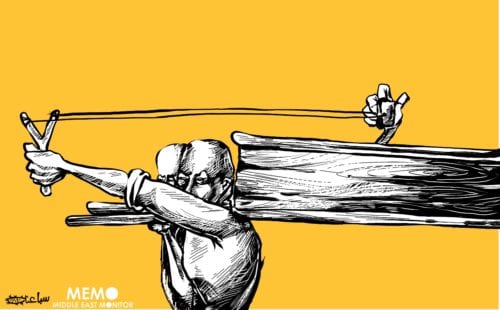 Years of relentless Israeli violence, coupled with the lack of a political strategy by the Palestinian leadership, sheer exhaustion, growing factionalism and extreme poverty brought the Intifada to an end in September 1993. Since then, its achievements have been tarnished, with the Palestinian leadership using them to revive itself politically and financially. It reached the point where it was argued that the dismal Oslo Accords and the futile “peace process” were direct “achievements” of the Intifada.

The true accomplishment of the Intifada, though, is the fact that it almost entirely changed the nature of the political equation pertaining to Palestine. It imposed the “Palestinian people”, not as a cliché used by the Palestinian leadership and Arab governments to secure for themselves a degree of political legitimacy, but as an actual political actor.

Thanks to the Intifada, the people of occupied Palestine have demonstrated their own capacity to challenge Israel without having their own military; to challenge the Palestinian leadership by generating their own leaders organically; and to confront the Arabs and the rest of the world regarding their own moral and legal responsibilities towards Palestine and its people.

Very few popular movements around the world in modern history can be compared to the First Intifada. It remains as relevant today as it was when it began thirty-three years ago.

Shot by Israel for planting trees.. It is an attempt to uproot Palestinians from thier homeland

Israelis do not support Palestinian equality

“Israel” has re-elected a Prime Minister charged with corruption