Gaza (In Palestine Today)- A human rights organisation staged Wednesday a sit-in in Gaza City, calling for providing protection for Palestinian children from Israeli aggression.
Organised by the Hemaya Center for Humans Rights, the sit-in was held on the ruins of the home of Al-Kolak family in Al-Wehda Street in central Gaza City and was attended by dozens of children, in addition to human rights advocates and local officials.
The children flew balloons filled with helium carrying photos of their peers who were killed by the heavy Israeli bombardment of the besieged Gaza Strip.
Delivering a speech on behalf of his peers, the child Malik al-Hums said that the Israeli occupation bombed dozens of homes while their residents, mostly children, were inside.
Al-Hums urged the international community to take immediate action to protect Gaza’s children from Israeli violence and aggression.
Meanwhile, Yasser al-Dirawi, the group’s lawyer, said that the Israeli occupation has a systematic policy of targeting children amid international silence and disregard for all international laws on children’s rights.
Al-Dirawi stressed that the human rights organisation documented the targeting of dozens of children by the Israeli occupation during its deadly offensive on Gaza last May, which killed 66 children and injured hundreds.
He called on international organisations, especially those advocating the children’s rights to immediately intervene to put an end to Israeli violations against children and exert further efforts to hold the Israeli occupation accountable for its human rights abuses. 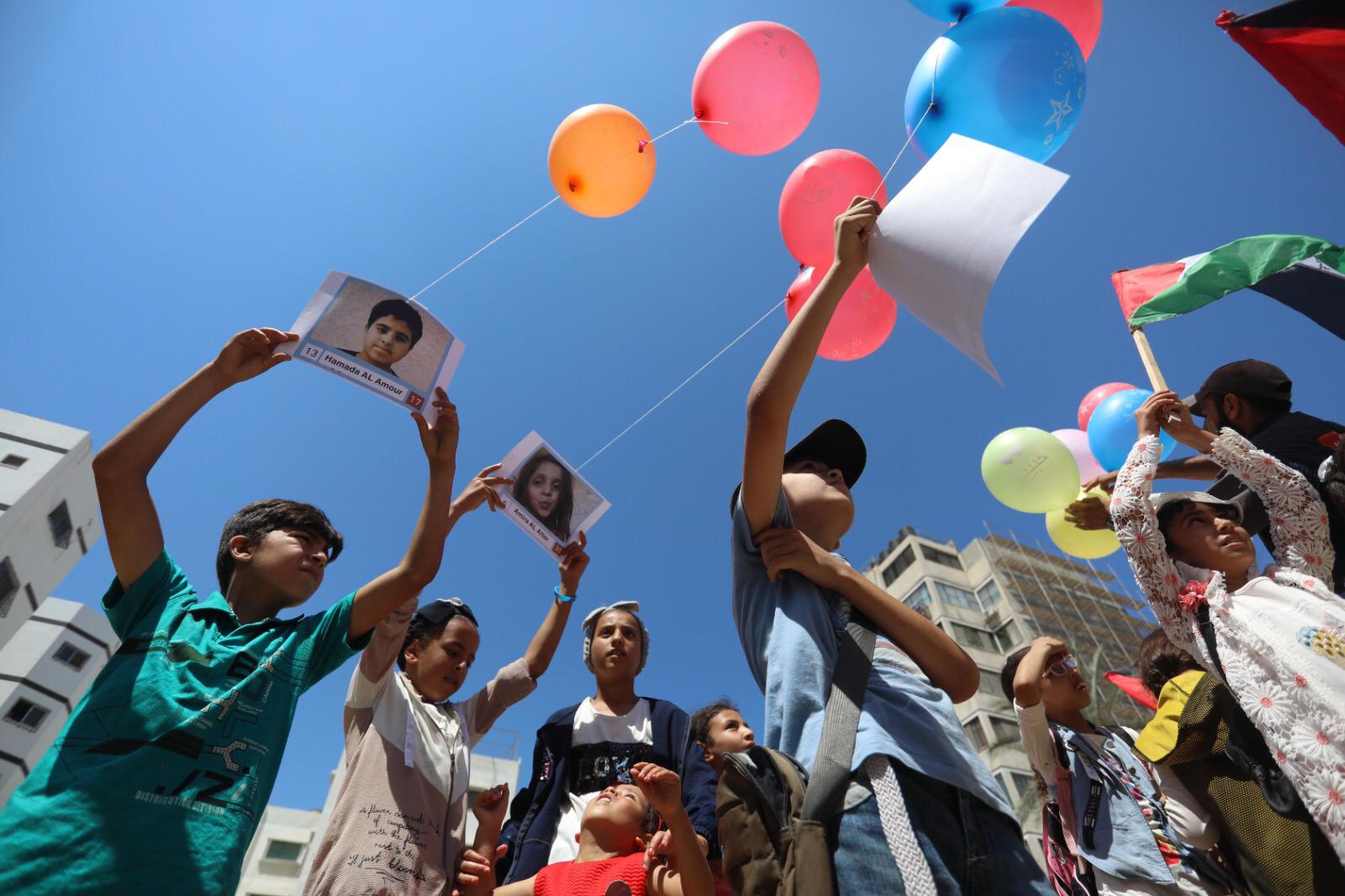 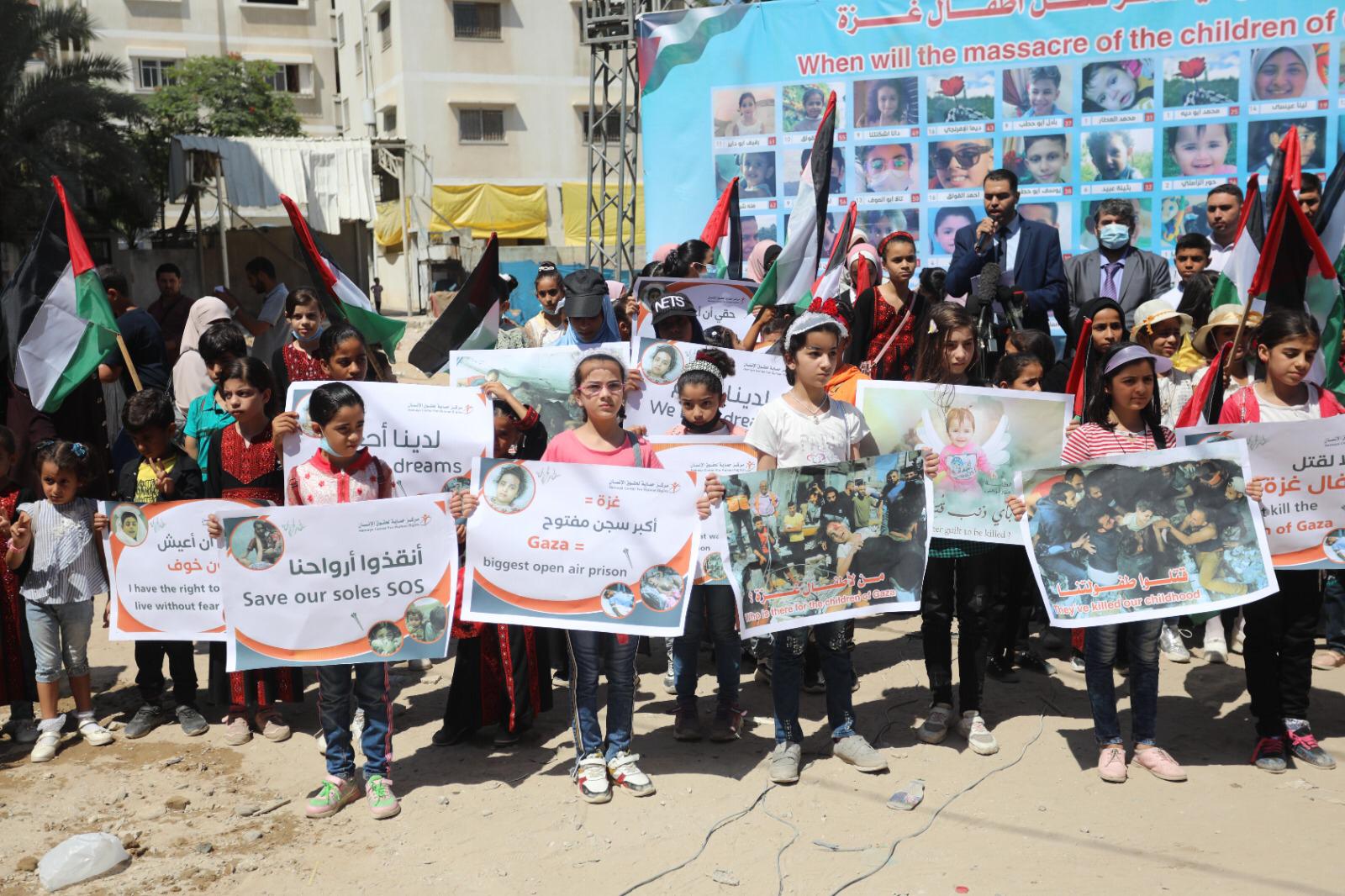 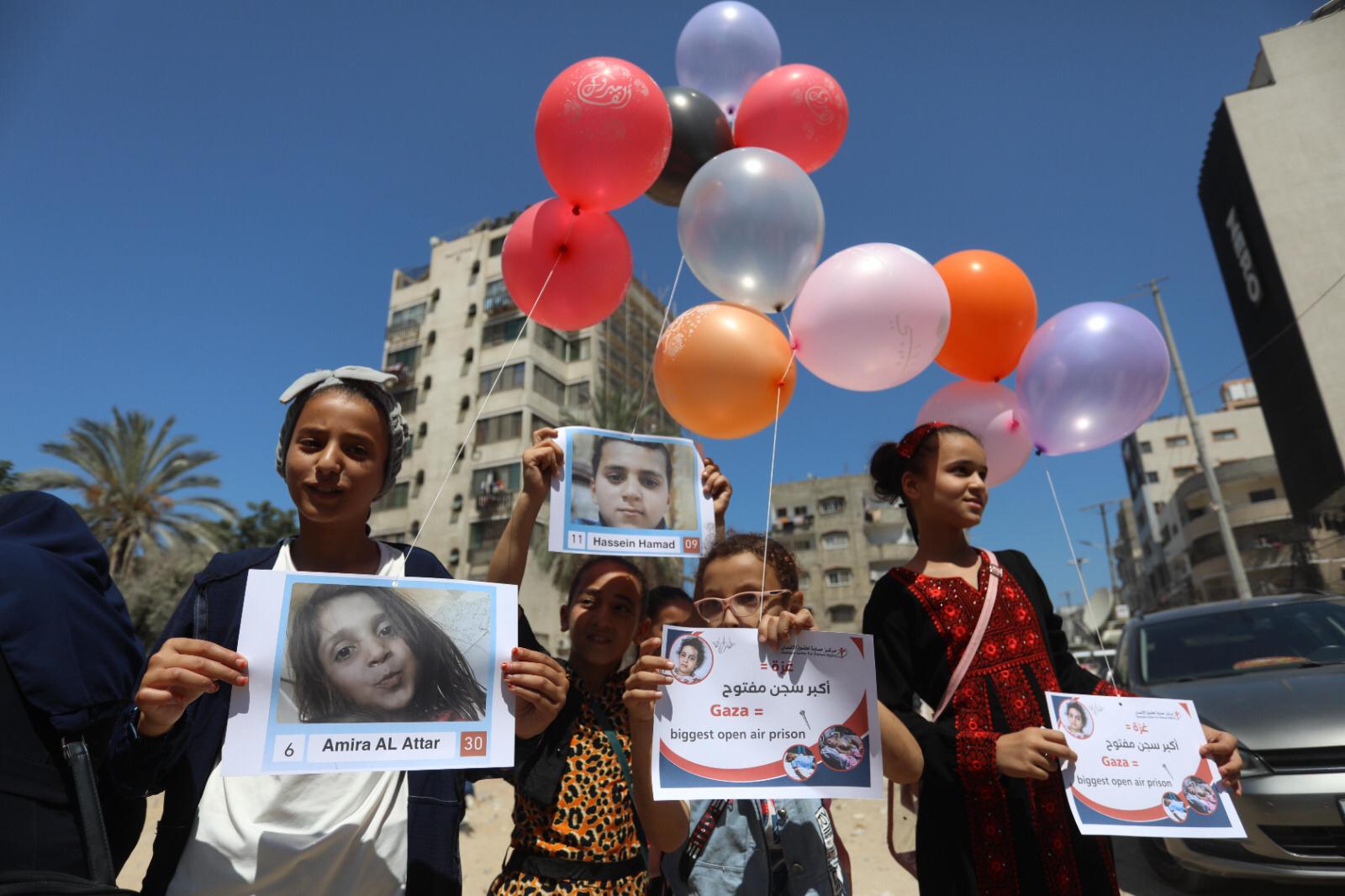 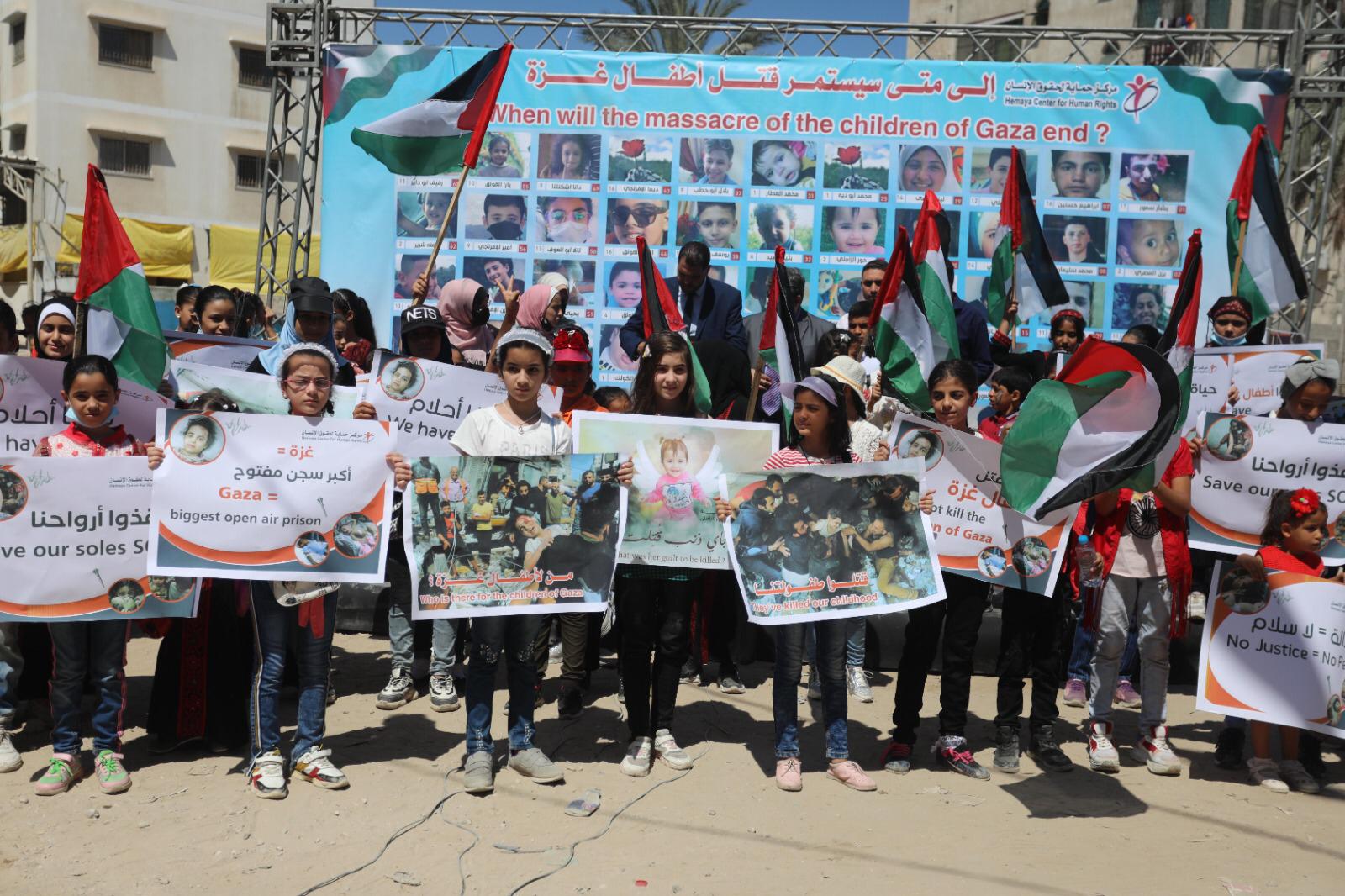