Israel has approved a new settlement on the site of a Palestinian market in the occupied West Bank city of Hebron, prompting anger from Palestinians who blame a recent shift in US policy.

Defence Minister Naftali Bennett gave the go-ahead on Sunday for the new settlement, which would involve bulldozing the old wholesale market and could reportedly double the settler population.

It follows a decision made by the US in November to no longer consider Israeli settlements in the occupied Palestinian territories illegal under international law.

Israeli occupation minister decided to hand the Palestinian whole sale market in Hebron to violent settlers , it means more apartheid , more segregation, more violence from the fanatic settlers, more checkpoints and closures, it is to remove our Palestinian identity. 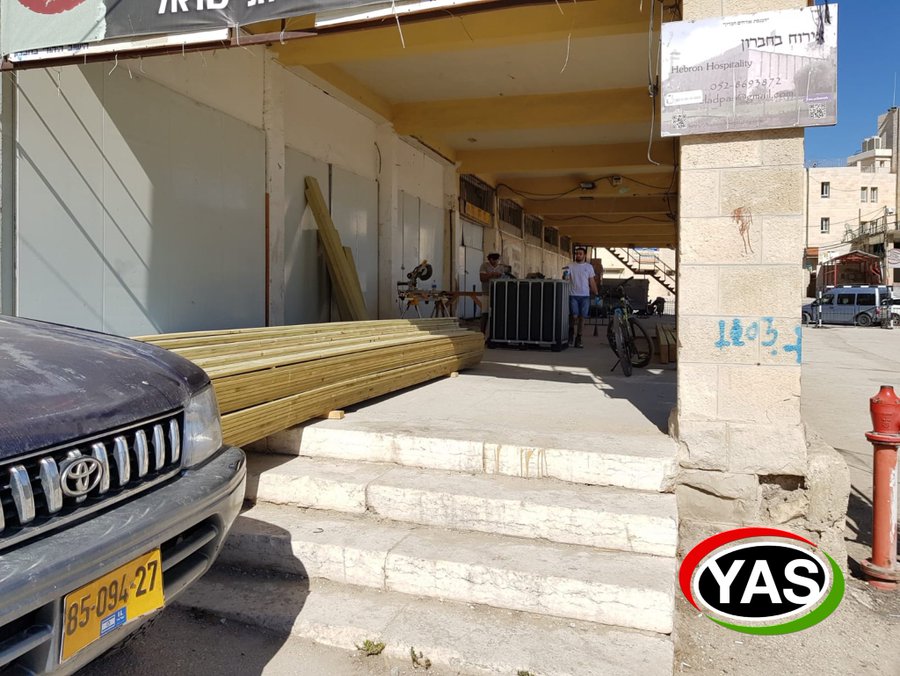 “Israel’s decision to build a new illegal settlement in occupied Hebron is the first tangible result of the US decision to legitimise colonisation; this cannot be taken out of the context,” said Saeb Erakat, Secretary-General of the Palestine Liberation Organisation.

The Palestinian market set to be affected has been closed since 1994 when Israeli settler Baruch Goldstein killed 29 Palestinians inside the Ibrahimi mosque, which Jews know as the Tomb of the Patriarchs, and Israel responded by increasing its military presence around the Old City.

Around 800 Israeli settlers live near Hebron’s Old City, in close proximity to its Palestinian residents, and are accompanied by a heavy military presence which Palestinians say imposes an apartheid-like system.

“The settlement in Hebron is the ugliest face of Israel’s control in the Occupied Territories,” anti-settlement campaigners Peace Now said in a statement.

“In order to maintain the presence of 800 settlers among a quarter of a million Palestinians, entire streets in Hebron are closed to Palestinians, denying them freedom of movement and impinging on their livelihoods.”

The Hebron settler community’s spokesman Yishai Fleischer thanked Bennett for the decision and claimed the market’s land had been owned by Jews since 1807.

Peace Now said however that the land legally belongs to the Hebron municipality and its residents had a protected tenancy that prevented them from being evicted without legal grounds, though this had been disregarded by Israeli courts, paving the way for the new settlement.

Ayman Odeh, Head of the Joint List, a parliamentary coalition of Palestinian citizens of Israel, said the decision was part of a “war against peace”.

Palestinians call for boycott Dubai dental conference due to “the participation of Zionists.”