The Results of Israeli Annexation of Palestinian Land. – In Palestine Today

Over the past few years, the idea of annexing the occupied West Bank has migrated from the fringes of the Israeli far-right to the heart of the mainstream, finding its way into the coalition agreement signed last week between Likud and Blue and White. As Israelis, we tend not to think too much about how annexation might impact Palestinians, or what life will look like for farmers such as Mahmoud from Turmusaya, who for years has been trying to defend his land from settlers, or Maryam, who lost her land to a settlement outpost.

The exact shape annexation will take — how much territory will be annexed, how many Palestinians will live on that territory, and what their status will be — is still unknown. One thing is certain: Palestinian human rights will be severely violated. This is true for Palestinians who find themselves living under Israeli sovereignty inside the annexed areas or remain in parts of the West Bank that will stay un-annexed.

While many rights will likely be violated after annexation, the right to property will be among the hardest hit. Once territory is annexed, Israel will likely expropriate the land en masse and transfer it from its Palestinian ownership to state hands. One of the tools Israel might employ is the Absentees’ Property Law, which was used to nationalize property owned by Palestinians who became refugees during the 1948 war. According to the law, Israel is able to expropriate land and property of Palestinians who were expelled or fled during the war.

A scenario in which Israel annexes and applies the Absentees’ Property Law (along with all other Israeli laws) to Area C of the West Bank, currently under full military and civilian control, would see the mass expropriation of hundreds of thousands of dunam of farmland owned by Palestinians living in Areas A and B (the former is under full Palestinian control, while the latter is under Palestinian civil control and Israel military control). Aside from violating the landowners’ right to property, this would mean a loss in sources of income for many, and would harm Palestinian reliance on local farming and produce as a food source for the entire population. Palestinians carry a man wounded in clashes with Israeli forces following a demonstration against Israeli settlements in the West Bank village of Turmus Ayya, north of Ramallah, December 19, 2014. (Flash90)

Under annexation, Mahmoud from the West Bank town of Turmusaya, whose family has been fighting for years to fend off the settler takeover of their land, would lose his property, his livelihood, and his family’s future overnight. The olive trees in his plots would be nationalized and turned into Israeli property. The same will happen to Maryam, who fought to remove the unauthorized settler outpost of Amona, which was built on her land, as well as many others who live in places that will likely be spared from annexation but who own farmland in areas where Israel will apply its sovereignty.

Even if the Absentees’ Property Law is not applied, there is a very strong possibility that Palestinians will still lose access to their farmlands. Palestinian farmland is mostly concentrated in Area C, the West Bank’s breadbasket, while rural construction is concentrated in Area B and urban construction in Area A. Israeli settlements and outposts were built close to these farmlands in Area C. Annexation of the territory in its entirety, or even only the settlement blocs, would include the expropriation of vast farming areas owned by Palestinians.

Palestinian access to land in Area C is already severely limited due to security measures ostensibly designed to protect settlers and Palestinians from one another. Israel also uses this system to deny many Palestinians access their lands, limiting it to several days a year and only with prior coordination. It is highly likely that even this type of limited access would be eliminated should annexation go forward, given that Israel would consider this an entry into its sovereign territory.

Thus, even if the land is not officially expropriated, the landowners would in practice lose the ability to cultivate their plots and make a living off them. Mahmoud, Maryam, and many other Palestinian farmers will be able to gaze at their land from a distance, but they will not be allowed to reach it. 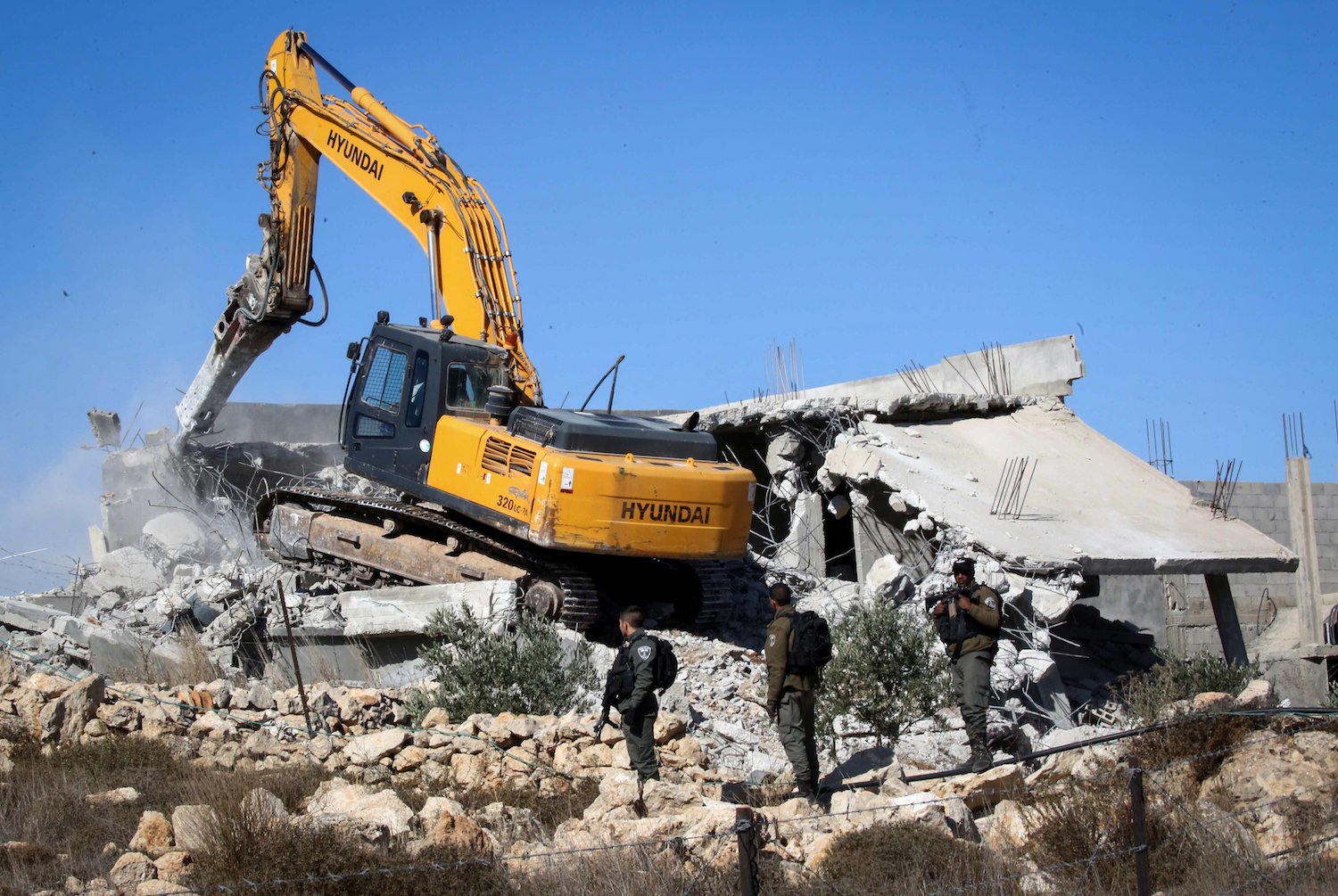 An Israeli bulldozer demolishes a Palestinian house near Hebron in the West Bank on November 19, 2019. (Wisam Hashlamoun/Flash90)

Annexation would also allow the expropriation of land for “public need,” even when that need is meant to serve Israelis living in the area. Israel would consider the act of annexation as having removed the limits the the laws of occupation — the legal system under International Humanitarian Law that applies in an occupied territory — place on land expropriation for public need. This could pave the way for expropriation, even if taking privately-owned land does not serve the Palestinian population of the occupied territories.

Palestinians under occupation already suffer human rights abuses. Without the restraining framework supplied by the laws of occupation, Israel will view itself as having the full authority to do as it sees fit according to its own considerations on sovereign territory. Unlike military occupation, which is temporary by definition and requires the occupying power to actively pursue its termination (something Israeli governments can hardly be said to have done over the past 53 years) annexation is permanent, and it will further entrench and perpetuate violations against people who already face routine human rights abuses.

Annexation should be seen in its full context: a unilateral act of aggression, a violation of international law, and an escalation of Israel’s project of Palestinian dispossession. Annexation will strip Palestinians of the few, limited and often violated rights they have and keep them as right-less subjects for eternity, without a state of their own where they — like all other human beings — are entitled to equal citizenship.

How Palestinians are dealing with Coronavirus misinformation

The journey of Palestinian artist and words on Nakba