The debate around the Israeli government’s plan to annex parts of the occupied West Bank might seem symbolic or bureaucratic to some. With the West Bank under full Israeli control for over 50 years, some might ask: what difference will annexing the territory make?

And while we cannot know what the actual consequences will be, the anniversary of the annexation of East Jerusalem offers us a good opportunity to look at the realities of annexation as they manifest in the city both Israelis and Palestinians view as their capital.

In 1967, Israel invented the entity now known as East Jerusalem before annexing it. Among the 17,000 acres that were declared a part of the State of Israel was a small house owned, built, and inhabited by a man named Musa Sumarin. Though Musa would not know it in his lifetime, the annexation of his home would have far-reaching consequences for his family. 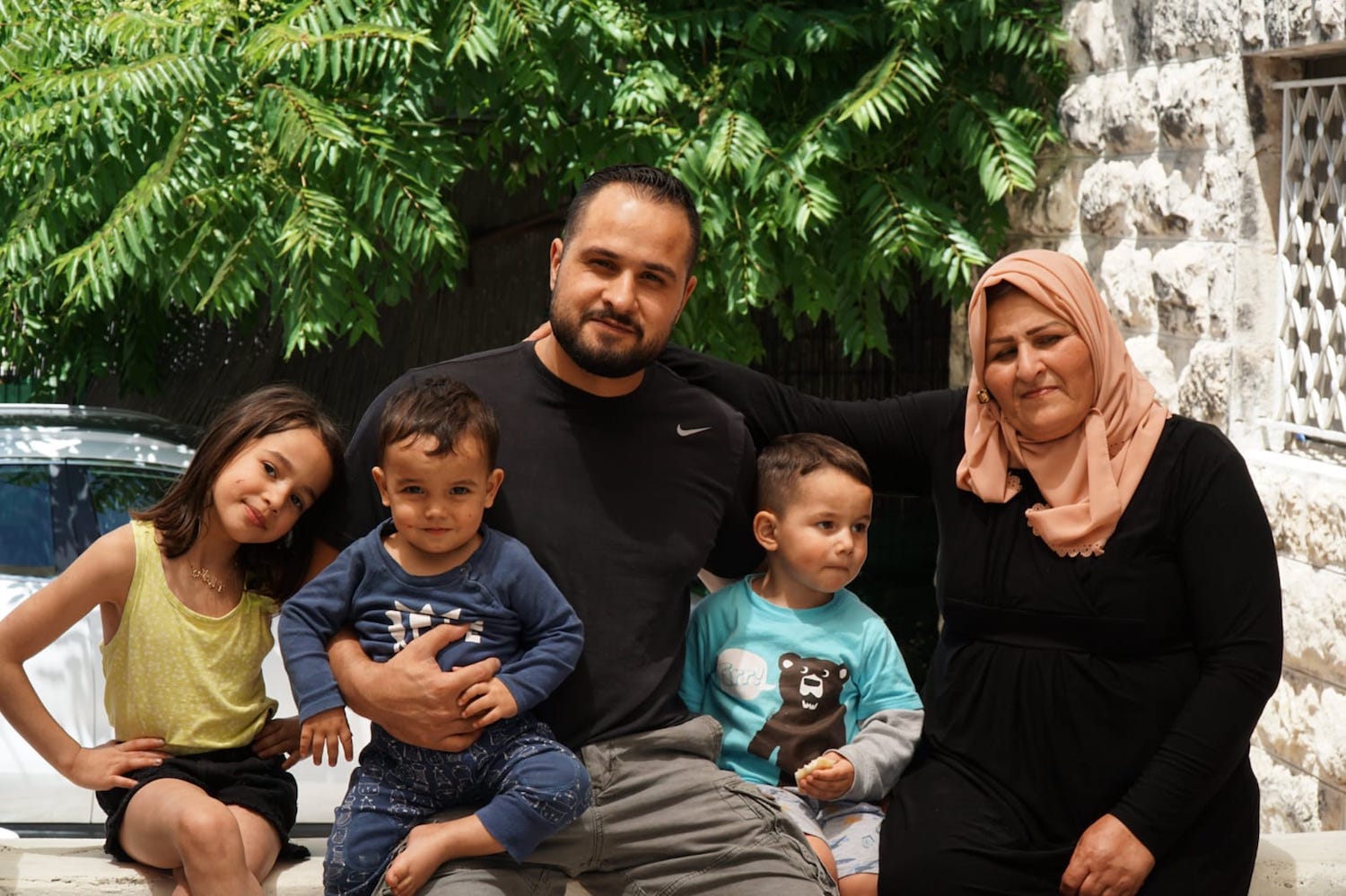 The Sumarin family outside their home in Silwan, East Jerusalem. (Courtesy of Free Jerusalem)

The most direct meaning of annexation is the application of Israeli civil law to a particular territory, including, as settler organizations quickly understood, the Absentee Property Law. This law was passed in 1950 to retroactively legitimize the formation of the State of Israel on Palestinian land, whose owners had fled or were expelled during the Nakba. In essence, it states that any property owners who leave to an “enemy entity” (meaning, an Arab country) lose all ownership rights to their property.

As the Klugman Report exposed, settler groups such as ELAD, the organization that oversees the City of David settlement project in the East Jerusalem neighborhood of Silwan, saw immense potential in resurrecting this law as a tool to help them take over additional Palestinian property in the city. The organization began recruiting Palestinians who were paid to testify that Palestinian homeowners had supposedly left Jerusalem and that their homes could be claimed by the Absentee Property Law. Then, the state could take control of their properties, usually without verifying the validity of said testimony. Often, the state found a way to then hand over the property to settlers.

In Silwan alone, 28 dunams were declared absentee property by the state and taken over by settlers. When questioned by the Klugman Governmental Committee in 1992, the Custodian of Absentee Property fully admitted to declaring properties absent without ever checking if the testimonies he received directly from ELAD employees were truthful.

Such was the case of the Sumarin home in Silwan. Even though Musa Sumarin did not leave his home in his lifetime, he was wrongfully declared an absentee after his death and his home, along with other properties in the neighborhood, was transferred to the Jewish National Fund in exchange for JNF-owned land in northern Israel (an exchange ELAD had pushed for). Based on previous cases in Silwan, and on ELAD’s role in the transaction, it was assumed that once the JNF took control of the Sumarin home, it would lease it to ELAD, an organization who aims to “populate” Jerusalem, or as their speaker told the New York Times, to Judaize it. In fact, JNF-ELAD ties are so close that the head of the land section at JNF testified that all of the fund’s properties in Silwan were leased to the settler group, and that “we have an interest that all those properties will be owned by Jews.” 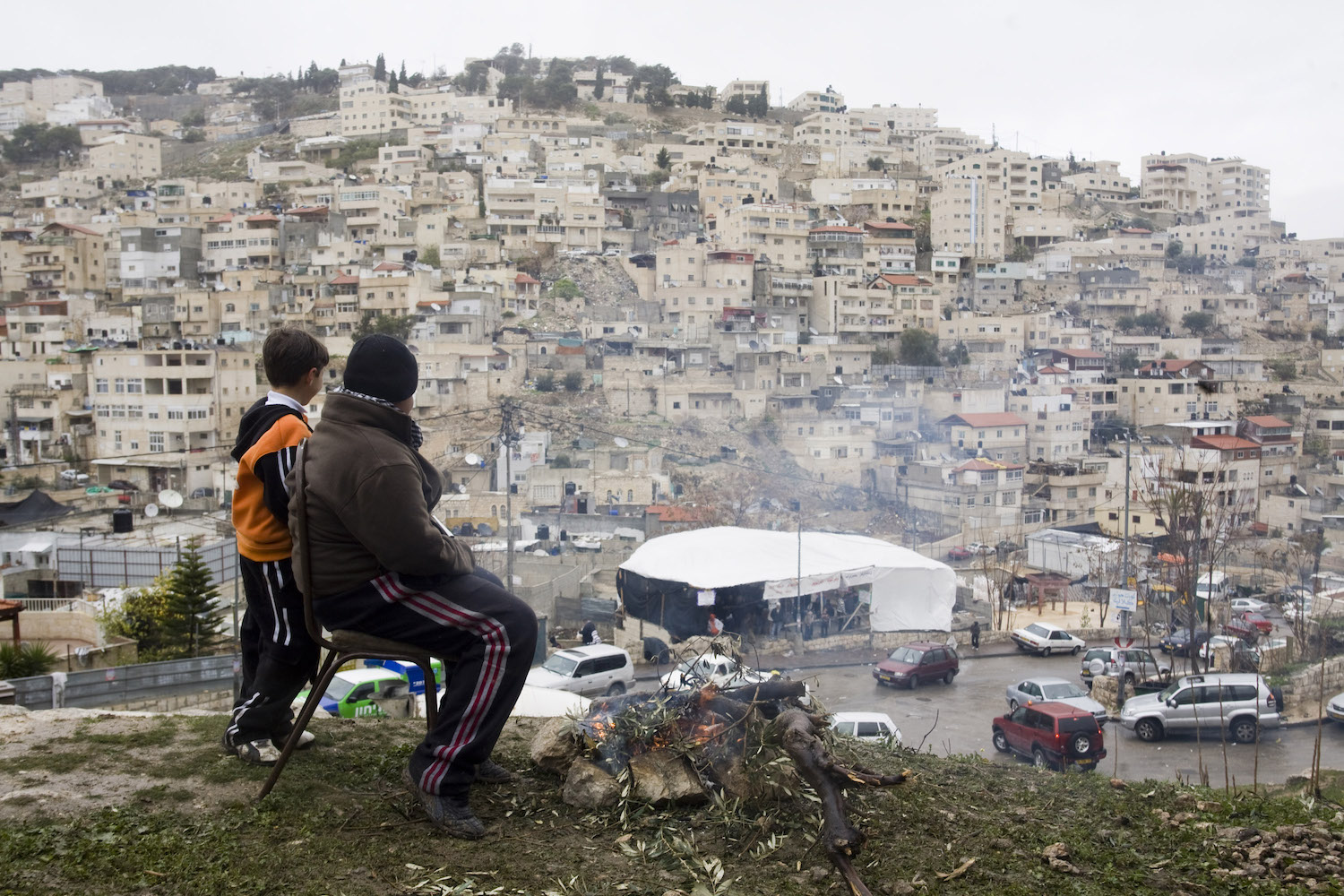 Palestinians look over a protest tent against evictions and home demolitions in the East Jerusalem neighborhood of Silwan, February 27, 2009. (Oren Ziv/Activestills.org)

This declaration was the starting point of a long and convoluted legal struggle that could end badly on June 30, when an Israeli court will hand down its decision on the family’s appeal. While the courts have agreed that a dead man cannot be considered an absentee, they also accepted the JNF’s claims that the rights over the house cannot be inherited by Musa’s nephew, who had lived with his uncle for most of his life. Moreover, the court also accepted the claim that since Musa’s sons were in Jordan and the UAE, the home should still be considered absentee property, regardless of the fact that the Sumarin family has lived in it continuously.

The story of the Sumarin home is important for a number of reasons. In the context of Jerusalem, every home in Israeli hands is seen by settler groups as undermining Palestinian sovereignty over the city. The Old City and its immediate surroundings are seen as especially important in this regard. The Sumarin family home is near the Western Wall — considered the holiest site in Judaism — and adjacent to other properties ELAD has already taken control over.

It is not clear if, when, and what kind of annexation the government is plotting, but the battle that the Sumarins have been waging to stay in their home — and the laws they are fighting against, which were made possible by annexation — could become a battle that thousands of families in the West Bank might have to face after suddenly finding themselves under a new legal system. Different systems of occupation create different battlegrounds for people to fight for their rights, and this story provides a glimpse of one possible consequence of annexation. 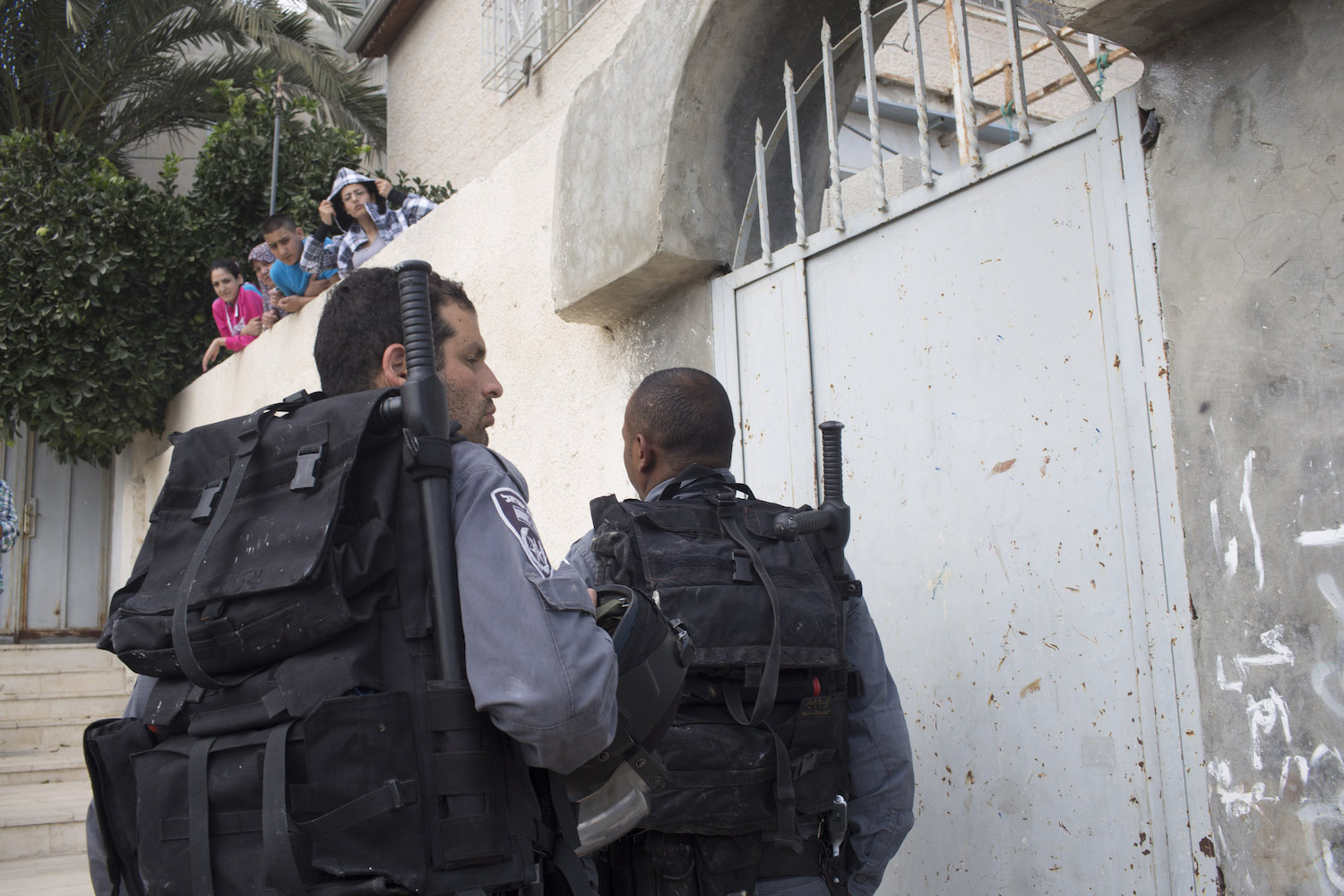 Israeli police officers enter the house of the Hayat family in Silwan neighbourhood in East Jerusalem, after Israeli settlers took over one apartment in the building, September 30, 2014. (Oren Ziv/Activestills.org)

Furthermore, the struggle to stop the eviction of the Sumarin family is key to the struggle against settler aggression. Unlike many other struggles, this one might be winnable. The main opponent here is the JNF, an organization that relies on the support of Jews around the world and prefers to be known for tree planting than for uprooting Palestinian families. An international campaign to stop the JNF in 2011 included a letter-writing campaign as well as on-the-ground activism, and led to one of their board members resigning in protest. Shortly after the campaign was launched, the JNF asked the court to freeze the eviction because of their sense of “public responsibility.”

Since the JNF resumed its eviction attempts a few years ago, activists have been campaigning against it, on social media, in JNF events around the world, and in front of the organization’s headquarters in Jerusalem. When Birthright participants walked off their trip to the Old City in 2018,  they visited the Sumarin family in their home. Another letter writing campaign was launched last month, this time calling on the JNF to cancel the unjust eviction of the Sumarin family once and for all. So far, a wide coalition including dozens of organizations from around the world have joined the campaign, and tens of thousands of letters have been sent to the JNF and its affiliates.

More than any other reason, however, this struggle is important because this injustice affects the lives of real people. Amal Sumarin, who has lived in this house since she got married and raised her kids in it should not be forced out of her home because of a racist law. The same goes for the other 17 people who live there, including Amal’s son Ahmad, who was born in the house in the 80s and has lived his entire life under the threat of eviction — a threat his children are now experiencing as well.

U.S. struggle for Palestinians’ justice is a new- great step

Pro-Corbyn fired due to a demand of Israeli lobby