It is still too early to fully grasp the scope of the explosion that rocked the port of Beirut on Tuesday afternoon. At least 100 people were killed and 4,000 injured, with many still trapped under rubble, while power is out in much of the city. Beirut’s governor said that around half of the city had been damaged by the explosion, amid warnings that the death toll was likely to exceed 100.

Four large hospitals in the city sustained heavy damage from the blast, which Lebanese President Michael Aoun blamed on faulty storage of a large cache of ammonium nitrate, forcing hospital staff and volunteers to turn hospital parking lots into makeshift medical centers. As many as 200,000 people have reportedly been left homeless in the wake of the blast.

A number of Arab countries stepped in to offer aid to Lebanon, which has been beset by a spike in COVID-19 cases and an economic crisis fueled by government corruption, austerity measures, and a lack of basic infrastructure. On Tuesday night, Egypt lit up its pyramids in the colors of the Lebanese flag, while on Wednesday morning, a convoy full of medical supplies left the country for Beirut. Jordan, Qatar, Iraq, and Saudi Arabia also offered their support. Palestinian President Mahmoud Abbas expressed solidarity and condolences with the Lebanese people.

Palestinians in Israel, too, are finding ways to offer aid and express solidarity.

Mohammad Barakeh, the head of the High Follow-Up Committee, an umbrella organization that represents the country’s Palestinian citizens, wrote on his Facebook page:

Beirut is in our hearts. The High Follow-Up Committee stands with the Lebanese people in the disaster that befell them. We are very saddened by what happened in wounded Lebanon, which has always embraced the Palestinian people. We send our condolences to our Lebanese brethren and wish a speedy recovery to the injured. It is our duty to help as much as we can.

Barakeh began contacting Lebanese politicians as well as the Palestinian Ambassador to Lebanon, Ashraf Dabbour, in an attempt to send a delegation of Palestinian medical experts from Israel. The High Follow-Up Committee also published a statement saying: “We are ready to send medical teams, dozens of doctors are ready to go out and assist in their various areas of expertise.”

Yet Barakeh is waiting to see whether his plan will come to fruition. “This is a complicated matter,” he told Local Call. “We need consent of the two governments, Lebanon and Israel. There is a 50 percent chance that the delegation will set out.” 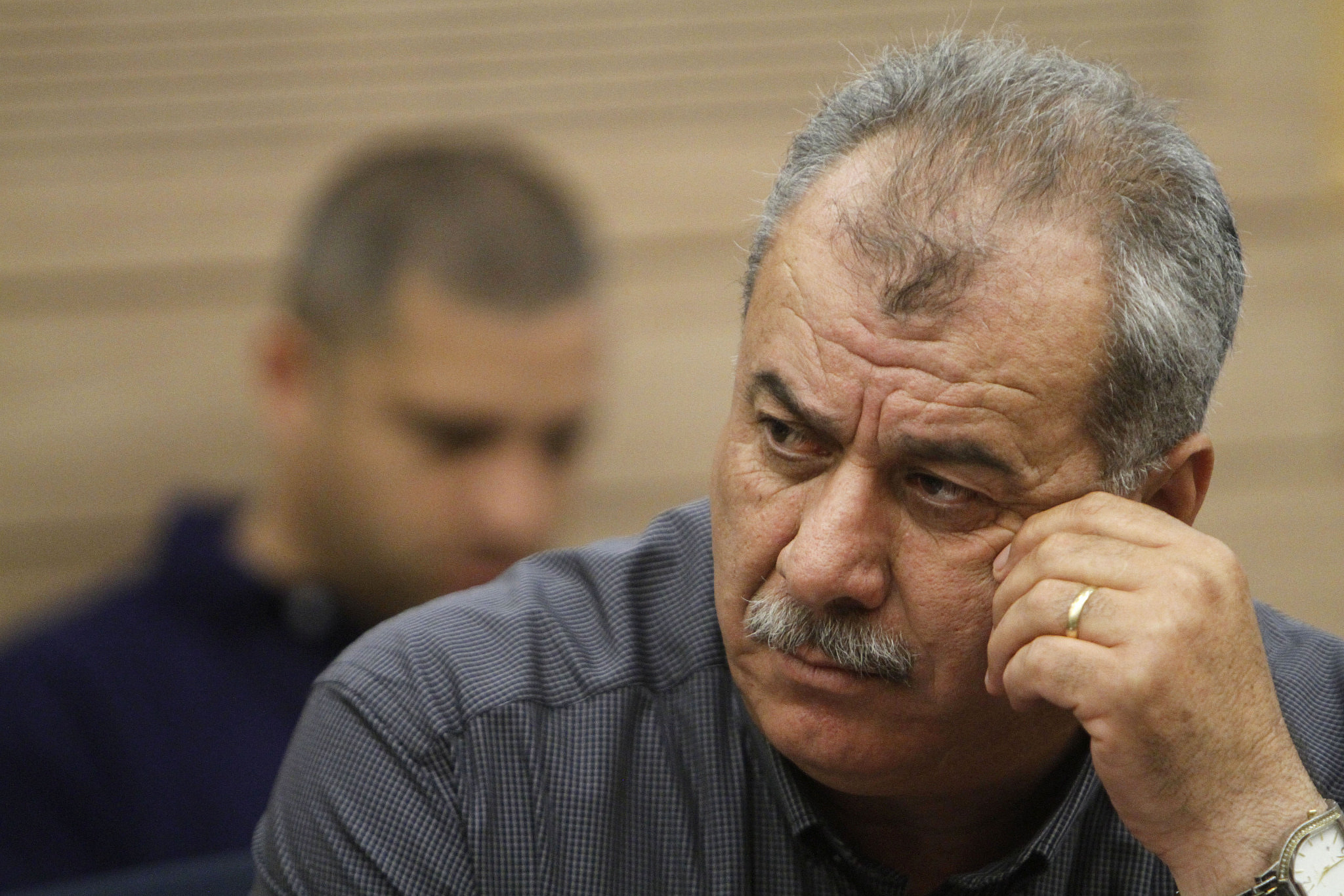 Mohammad Barakeh, head of the High Follow-Up Committee, at the Knesset on May 14, 2012. (Miriam Alster/Flash90)

Meanwhile, the southern branch of the Islamic Movement in Israel has issued a call to raise funds for the “brothers in Lebanon.”

Since the explosions, Palestinians inside Israel and in the occupied territories have turned their attention to Beirut, many of them changing their profile pictures to the Lebanese flag as a symbol of solidarity. Some shared photos and quoted poems and songs about the city by famed Palestinian poet Mahmoud Darwish and renowned Lebanese singer Fairuz. Other Palestinians noted that the drive from Haifa to Beirut is a relatively short one, and that an open border between the two countries would have allowed them to send aid.

Palestinian clerics also expressed their solidarity with the Lebanese people. At Al-Aqsa Mosque, vocalist Abu Khadifa Albastami prayed and sang one of Fairuz’s famous tributes to Beirut, while churches opened their services with prayers in memory of the dead.

“Israel” releases a Palestinian detainee, and holds his wife and son captive

To what extent did the spycops target Palestine solidarity groups?