Even in the blackest night, I had never imagined that it would go this far.

Two weeks ago, Palestinians in Gaza were informed that the coronavirus had begun spreading throughout their community. A Palestinian woman was preparing to travel from Gaza to Jerusalem to accompany her daughter for a surgery. On the Israeli side of the Erez crossing, however, the authorities told her that her papers were incomplete, and she was forced to go back home. Upon her return, the woman tested positive for COVID-19. Four of her family members subsequently tested positive too.

My heart turned over when I heard the news. When the World Health Organization declared COVID-19 a global pandemic in March, many countries declared a state of emergency. And while the world was learning how to live in quarantine, we in Gaza — who have been blockaded by Israel and cut off from the world for 13 years — were already masters at it.

We felt like our isolation was a privilege. We were vexing over how normal this enclosed lifestyle was to us, that this was our daily routine. Finally, we thought, we got something good out of this inhuman closure. 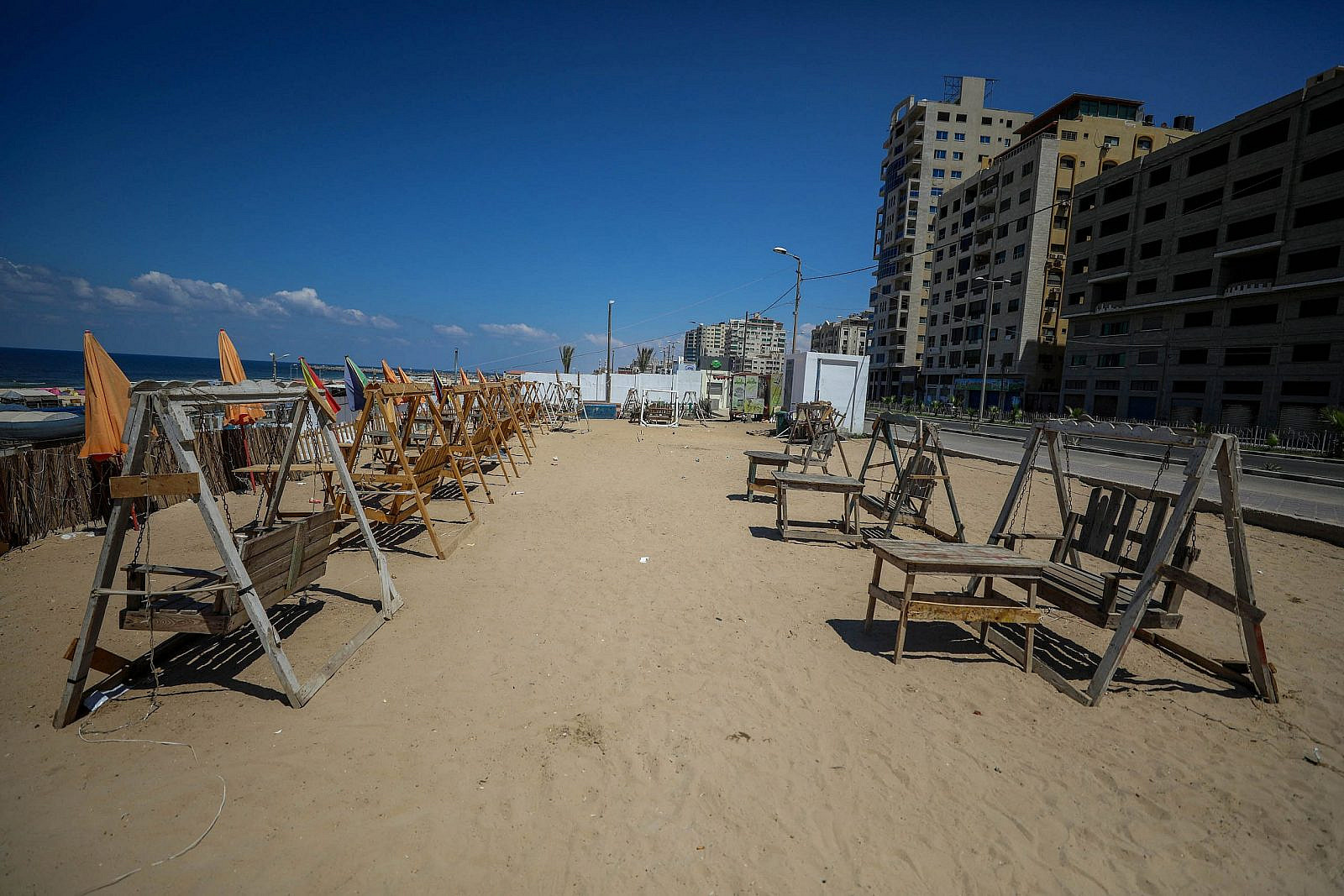 Then, out of nowhere, the whole strip turned on its head. The news of the first new cases of COVID-19 was quickly followed by the announcement of dozens of other cases in different areas, though no explanation was given as to how this virus had spread across these areas, or for how long. We are in a state of shock. COVID-19 is an unwanted and unexpected guest that we are not prepared to host. There is nothing to say and nothing to do. We feel stunned, helpless, and hopeless.

On top of all this, the Israeli army had closed off the crossings for weeks and bombed the besieged enclave for over 10 nights in a row in response to militants launching arson balloons from Gaza. The successful Qatar-led mediation between Hamas and Israel this week has prevented an impending military escalation, and for now, some calm has been the restored after nights of bombing. Under the agreement, Israel will allow Qatari money, goods, fuel, and medical supplies into Gaza, and in return, Hamas will put a stop to the arson balloons.

The militants who had been launching the arson balloons claimed that their attacks intended to force Israel to face Gaza’s worsening problems and to ease the siege. This is a very frustrating argument: launching such attacks do not help us. All we see is damage and pain, and Israel knows how to hurt us while we are forced to bargain for the most basic needs of normal life. 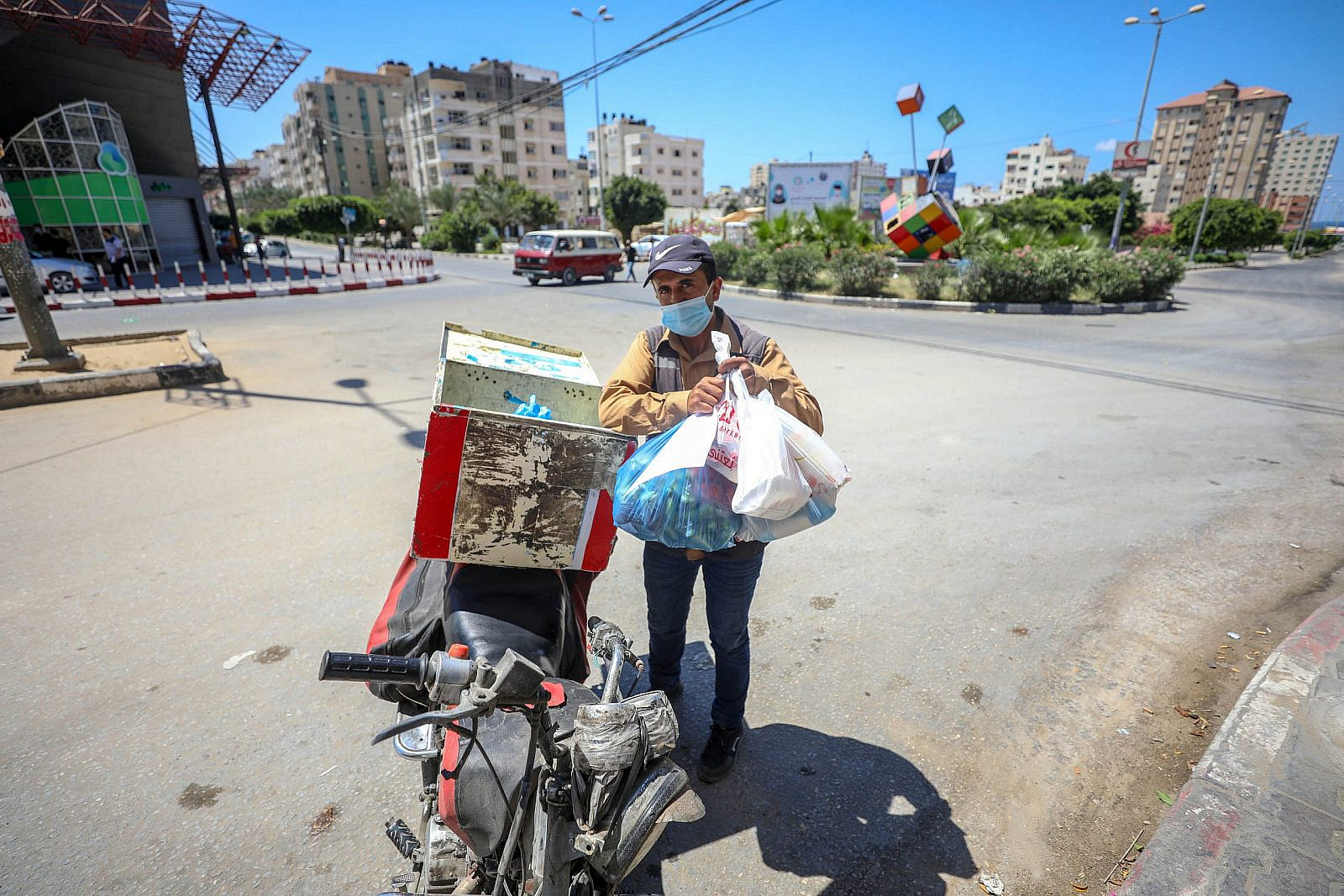 “They reached a deal, how nice!” says Jehad Sadi sarcastically. A 22-year-old grocery clerk from Jabalia refugee camp, he wears a blue mask while sitting in front of his small shop, which is open for only a few hours due to the electricity cut. “We always hear that they have reached an agreement, but the only thing we know is that we’re the ones who have to pay the price, for something that we don’t know the details of.”

The wider, popular reaction in Gaza to the ceasefire agreement has been tepid. Although people are glad for a respite from the bombings, they are consumed by fear of the virus outbreak. They are demanding serious solutions that, at the very least, make their lockdown easier, and have grown tired of the political games played by their leadership and Israel.

Khaled Ahmed is a 42-year-old fruit seller, living in the Jabalia refugee camp, where about 90 coronavirus cases have been identified. “If this situation will last for too long, I don’t know how I will survive,” he says. “I don’t think staying at home will even help. How can I stay at home when there is no food or electricity or water?”

Said Madi, a 32-year-old taxi driver from northern Gaza, has been stuck at home for over a week with only four hours of electricity a day. “We knew we will go through this when we saw the virus snapping souls in the world. But it would be funny to even worry [about this] in Gaza when it happened; our health lifestyle is very low, and our life’s essentials are hard to get.” 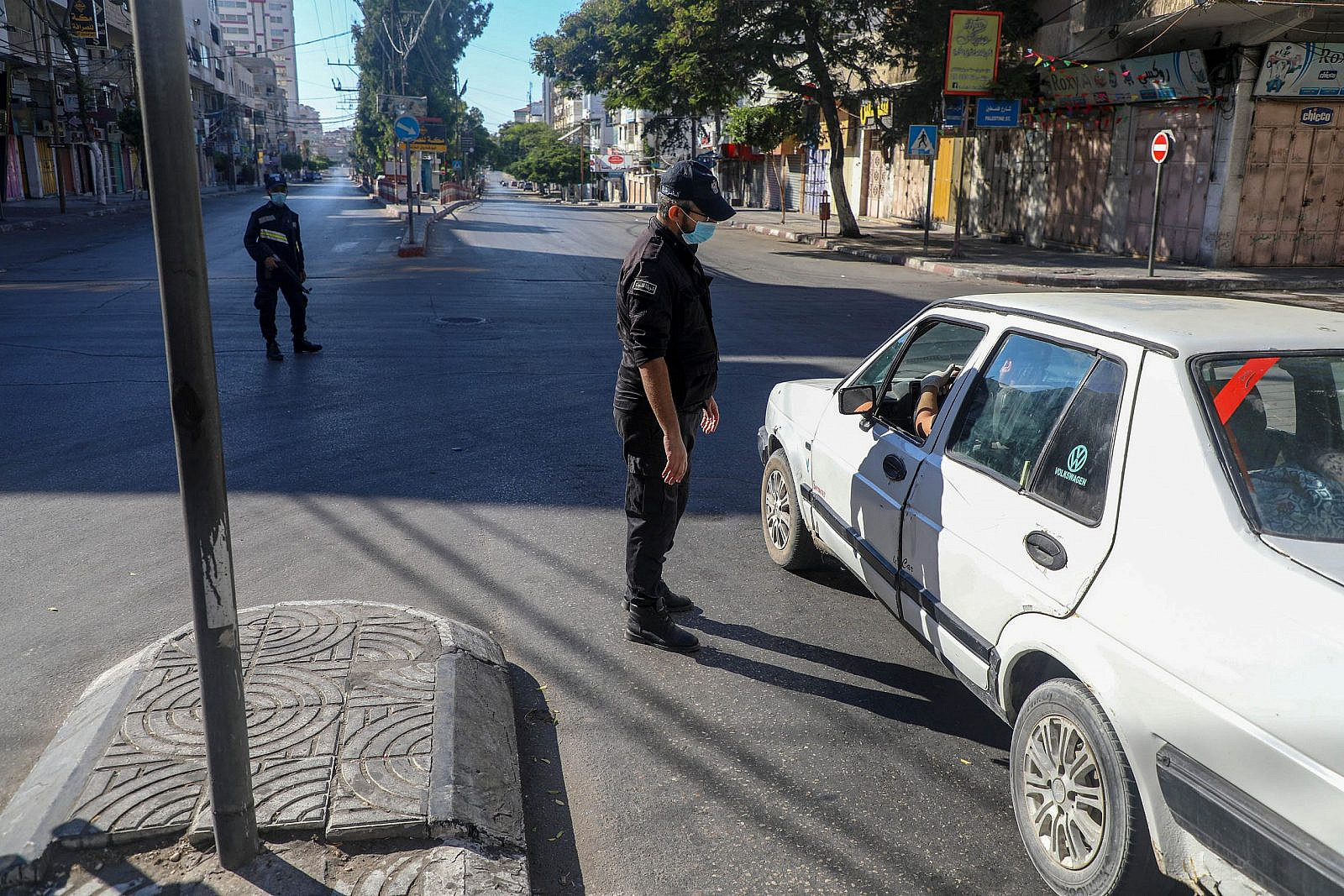 According to Gaza’s Health Ministry earlier this week, there are currently more than 500 confirmed cases of the virus across Gaza — at least 365 were from community transmission, and 37 from travel returnees; 76 had recovered, with five deaths. Over 2,400 people are in quarantine centers or home isolation. The ministry has further classified northern Gaza as a red zone, placing it under a strict lockdown and forbidding any movement unless absolutely necessary.

The Palestinian police have also imposed vigorous restrictions to stop the spread of the virus. Gaza’s police spokesperson, Ayman Batneiji, confirmed on Sunday that they would be enforcing strict curfews in the coming days. Batneji added on local radio that the police had withdrawn many work permits for companies, salesmen, and other merchants to reduce movement between Gaza’s regions and slow the spread of the disease.

We don’t know what the upcoming days will bring. Gaza is one of the most densely-populated places in the world — a blockaded territory where the health system is impaired, where we get only four hours of electricity a day, where the economy is in shreds, and where we don’t even have clean water to take a cold shower in this fiery weather. And now, we have to deal with a fatal pandemic that has already depleted and crippled nations as powerful as the United States and China.

Sadly, the tragedy never ends. On Tuesday evening, three children died in their home in Al-Nusairat camp after their house was burnt by a candle. Another black night in Gaza — with more likely to come.

Criticisms of “Israel” labelled as anti-Semitism