Across the world, climate movements are firmly rooted on the political, social, and economic left. Their campaigning and advocacy make connections with struggles for democracy, social justice, and human rights, and speak out against racism, discrimination, nationalism, and neoliberalism. Not merely content with demanding a change in environmental policies, the global climate justice movement seeks to change economic power structures and liberate all living beings from all forms of oppression, violence, and dispossession.

Yet the Israeli climate movement often remains silent when it comes to fighting neoliberalism, racism, oppression, and the occupation and its profound ecological damage to this land and the people who live on it.

As someone who ran a large environmental organization for nearly a decade, I have witnessed how on the one hand, environmental discourse easily connects to struggles against government corruption, hyper-capitalism, and the shoving aside of the public interest, and on the other how burning political and social issues that appear unrelated to the climate, at least on paper, are all but ignored.

Instead, the Israeli climate movement remains in the comfort zone of the mainstream, whether out of blindness, ideology, or the fear of losing the broad public support that the environmental movement has grown accustomed to over the years.

Yet we cannot continue to ignore the fact that Israel rules over the lives of those who suffer most from climate injustice. Many of them are Palestinian, Bedouin, residents of the mostly-Mizrahi and working-class periphery, and others living under the shackles of institutional racism and military rule.

Many of these people have lived here for generations and have faced ongoing discrimination, expulsion, and repression since the earliest days of the Zionist enterprise. This is true for Palestinians, Mizrahim, Ethiopians, and other groups living inside Israel, and of course for those living in the occupied territories.

In the United States, the murder of George Floyd by Minneapolis police led to moving displays of solidarity between the climate justice movement and the Black Lives Matter movement, based on a deep understanding that the fight against climate breakdown is no less a social struggle than an ecological one. In Israel, meanwhile, the climate movement refrained from joining the struggle against the deportation of African asylum seekers or against the police killings of Iyad al-Hallaq and Solomon Tekah.

Roots in the Zionist movement

To understand the depth of the crisis plaguing the Israeli climate movement, one need only to remember that its roots were planted in the earliest days of the Zionist movement, by those who believed that caring for the environment required, first and foremost, ensuring it was transferred from Arab to Jewish hands. 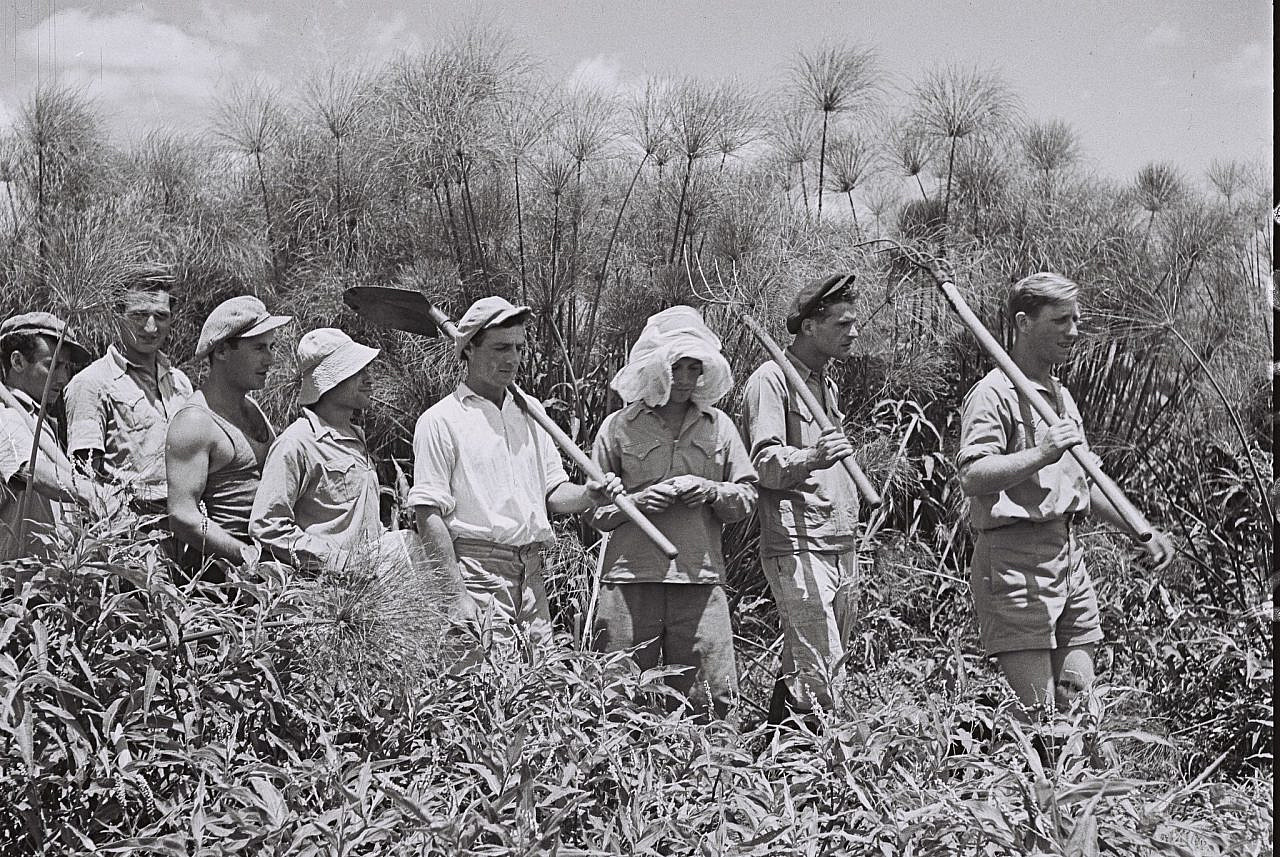 Members of Kibbutz Amir working in the Papyrus thicket of the Hula Swamps, June 30, 1940. (Kluger Zoltan/GPO)

More than a century of colonizing the land has led not only to the erasure of rare ecological areas like Hula Lake in the north or the Dead Sea, but also to the conquering of an entire country from the Mediterranean Sea to the Jordan River. It has meant erasing an entire people from the landscape by expelling indigenous communities, expropriating their land, Judaizing the Negev/Naqab and the Galilee, and establishing hundreds of Jewish-only communities, settlements, and outposts across the country.

The environmental movement in Israel has traditionally remained silent on these foundational issues, preferring to remain neutral rather than pose a threat to the Zionist enterprise and its political-economic regime. Instead, the environmental movement has preferred to try and please everyone, while hardly ever straying from what is considered the political mainstream. Even the scant opposition to land grabs and settlement building will often cling to arguments rooted in planning and ecological practices, but never the rights of the Palestinians whose land has been plundered.

We must look this reality in the eye and understand that the ecological crisis we are in is in fact a political, economic, and social crisis. This is true not only inside the Green Line — in Haifa, which is plagued by pollution and disease; in the Hefer Valley, right across from the Leviathan gas field; in impoverished south Tel Aviv; and in the government’s alliances with gas and oil corporations. It is also true in the South Hebron Hills and the West Bank in general, East Jerusalem, and Gaza.

These days, I am one of the founders of One Climate, a movement that promotes climate justice between the river and the sea. Today, we are at the forefront of the struggle against the expansion of the Nahal Raba quarry, which has been operating in violation of international law for the last 10 years in the West Bank.

The quarry, which has completely destroyed the Raba stream, is built on land that was expropriated from Palestinians in the 1980s. The area has become home to dozens of Bedouins, and also happens to be a sensitive ecological spot that includes deer herds and a huge variety of unique animals and plants, all of which are part of the ecological corridor of the center of the country.

The plan to expand the quarry — which includes the building of a large cemetery and industrial zone — is just one of the latest steps aimed at entrenching the annexation of Area C of the West Bank, already under full Israeli military control, while profiting further from the occupation and creating a territorial continuum between the settlements of Oranit and Elkana and the city of Rosh HaAyin inside Israel.

The quarry plan has met with opposition from the Nature and Parks Authority, the Society for the Protection of Nature, and local residents. Yet these groups remain blind to the political context of the plan and are waging a so-called “neutral” struggle to “conserve” nature, as if politics play no part in dictating and shaping these destructive policies. 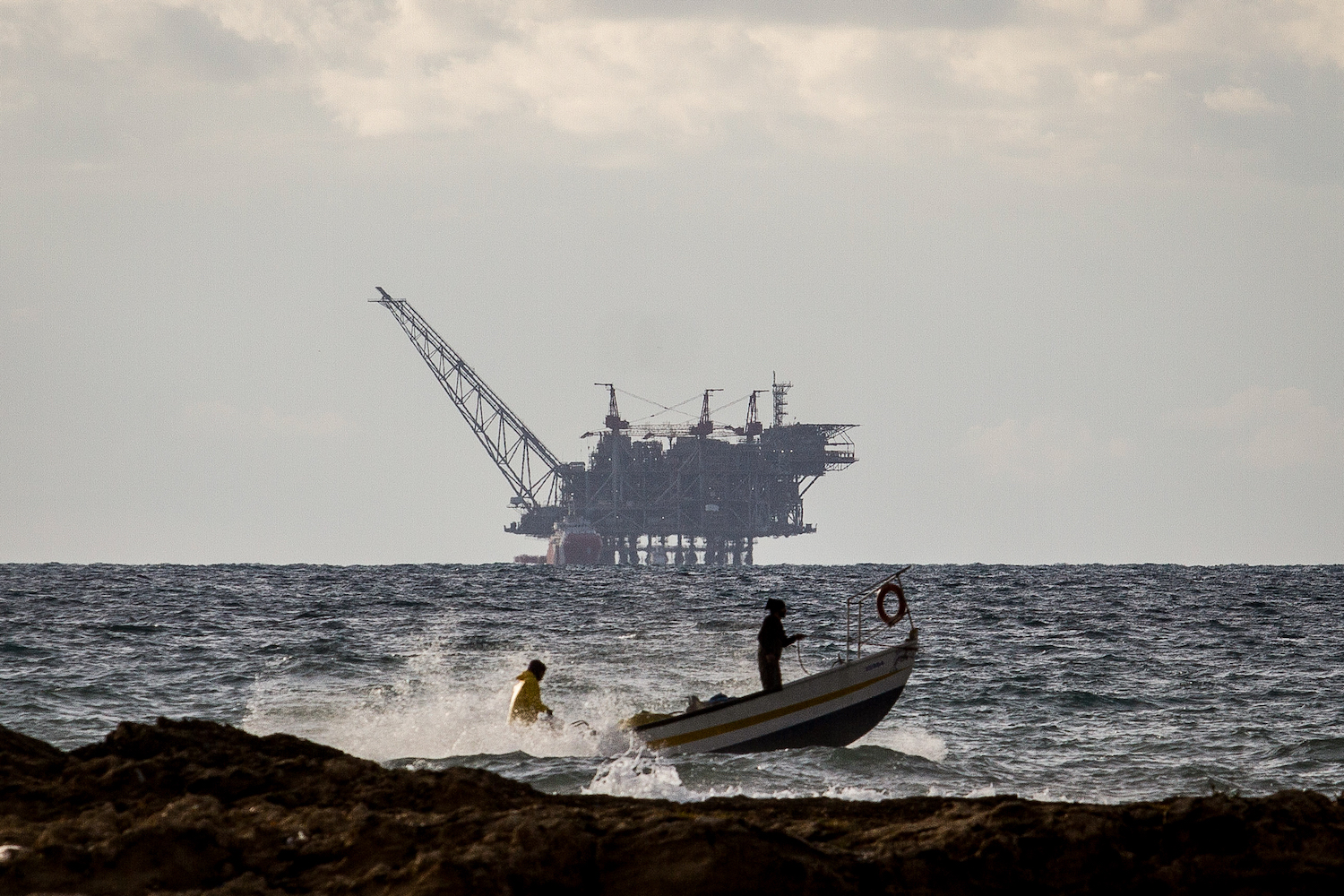 One Climate has joined up with anti-occupation group Combatants for Peace and the Arava Institute to appeal the plan. This is an unprecedented collaboration between environmental and human rights organization and a harbinger of future struggles that will require the climate movement in Israel join work in tandem with other struggles.

Decades of humanitarian and ecological injustice

For decades, this country has endured endless humanitarian, ecological, and climate injustices as a result of racist and discriminatory policies of occupation. These policies leave millions of cubic feet of sewage in our streams and seas. They create severe water shortages for drinking and agriculture for millions of Palestinians. They promote land grabs and theft of natural resources, as well as air and water pollution.

The climate movement in Israel is not a partner in these struggles. Perhaps it is because they touch on the most central and sensitive issues relating to Jewish life in Israel-Palestine. Perhaps because there is a mismatch between the very DNA of the environmental movement in Israel — perceived by many as one of the most salient manifestations of Zionism — and that of the various struggles for justice across this land.

But it is only out of a sense of shared destiny, identification, and solidarity with all the victims of the regime in Israel-Palestine that will we be able to create the partnerships and critical mass that are necessary to stop the climate crisis and its effects on our region, all while promoting independence and justice for all between the river and the sea.

“I did not witness the beginning of the Nakba in 1948, but I am still experiencing it.”

Israeli Crimes since Trump’s “deal of the century”

In photos, Palestinian refugees past and present