Palestinians in Israel: Netanyahu’s racism makes us want to vote – In Palestine Today

Days ahead of a national parliamentary vote the streets of this Palestinian city, which was absorbed into the Tel Aviv municipality after 1948, were buzzing with election fervour.

Campaign posters for the Arab Joint List, an electoral alliance of four Palestinian parties, are visible across the ancient port city. The faces of the Joint List’s main candidates adorn street lamps and apartment buildings, while their slogan, “Our unity is our strength”, has been plastered across shop windows and balconies.

It is a far cry from six months ago, when the alliance of four parties – Hadash, Taal, Balad and the United Arab List – split into two competing blocs. Both ultimately fared poorly in April’s election, as voter turnout among Palestinian citizens of Israel fell to 49.2 percent, down from 68 percent in the previous vote.

But the Joint List has regrouped for the upcoming snap election and its leaders hope to push out Israel’s Prime Minister Benjamin Netanyahu, head of the right-wing Likud party, on September 17. 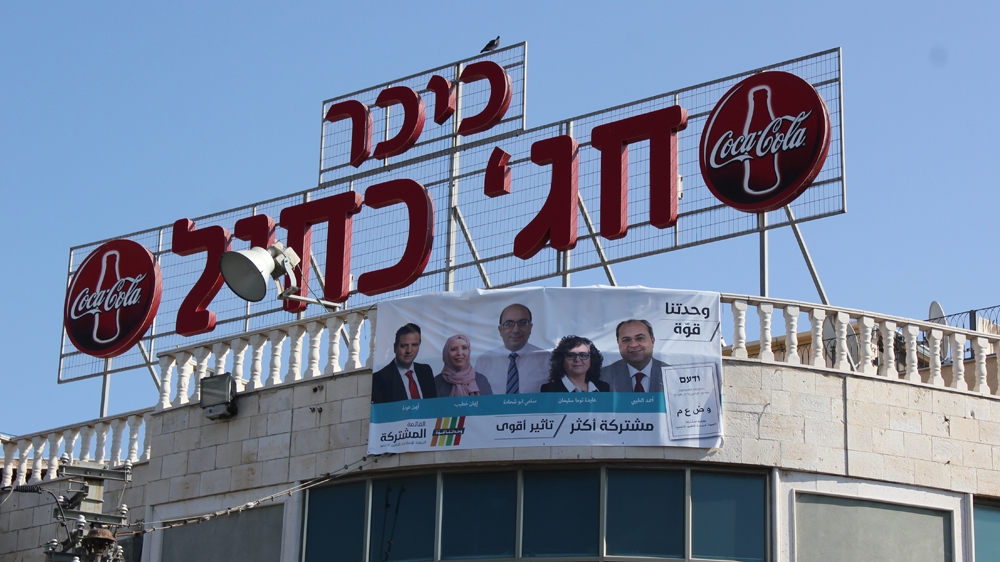 Leaders and supporters of the Joint List say Netanyahu’s policies and recent incitement against Palestinian citizens of Israel could strengthen the alliance by encouraging more of the community to vote.

“Netanyahu’s language [against Palestinian citizens of Israel] is unacceptable. It makes us – Arab parties and our voters – want to bring Netanyahu down,” Ahmed al-Tibi, head of the Taal party, told Al Jazeera.

Using his own nickname, the prime minister has repeated the mantra – “Bibi or Tibi” – in an attempt to discredit Jewish Israeli parties to the left of Likud by alleging their need to work with Palestinian parties to form a governing coalition.

Over the past few weeks, Netanyahu has alleged significant voter fraud at the last election and claimed that Balad would not have passed the electoral threshold without fraud, but no fraud charges have been brought against a party or individual in relation to the vote.

He has also accused his rivals – including Palestinian parties – of trying to steal votes, his Facebook page sent out a warning that “Arabs want to destroy us”, and he ultimately tried and failed to pass a contentious bill to allow cameras inside polling stations.

Observers say the use of cameras at polling stations in the April vote was an attempt by Netanyahu to intimidate Palestinian citizens of Israel and lower the voter turnout in the community.

Aymen Odeh, head of the Hadash party and leader of the Joint List, denounced Netanyahu’s statements, calling for “an end to this racist and dangerous incitement … against the Arab population”, local media reported.

But instead of keeping them away from the ballot boxes, some Palestinian citizens of Israel, especially young people, say Netanyahu’s “incitement” and “racist language” have encouraged them to vote.

“When we find him speaking in a racist way about us, we’re more adamant to vote because we want to push against his tactics,” said Amin, a 21-year-old student. “Even if it doesn’t succeed, at least we make our voice heard.”

Sama, a medical student in Tel Aviv, feels similarly and says that the List’s reunification has boosted her motivation to vote.

“When cameras were set up at polling stations in April, I felt there wasn’t a point in voting. But this time, while many people still feel disillusioned, it makes me want to challenge Netanyahu and vote,” she told Al Jazeera.

Still, some Arab voters feel disillusioned by the political process and may boycott the vote altogether.

“I’ve thought a lot about whether or not to vote,” said Michel al-Rahib, a 60-something bookshop and cafe owner.

“Honestly, I don’t think it [voting for the List] does anything for our community, but there’s no alternative,” he added. 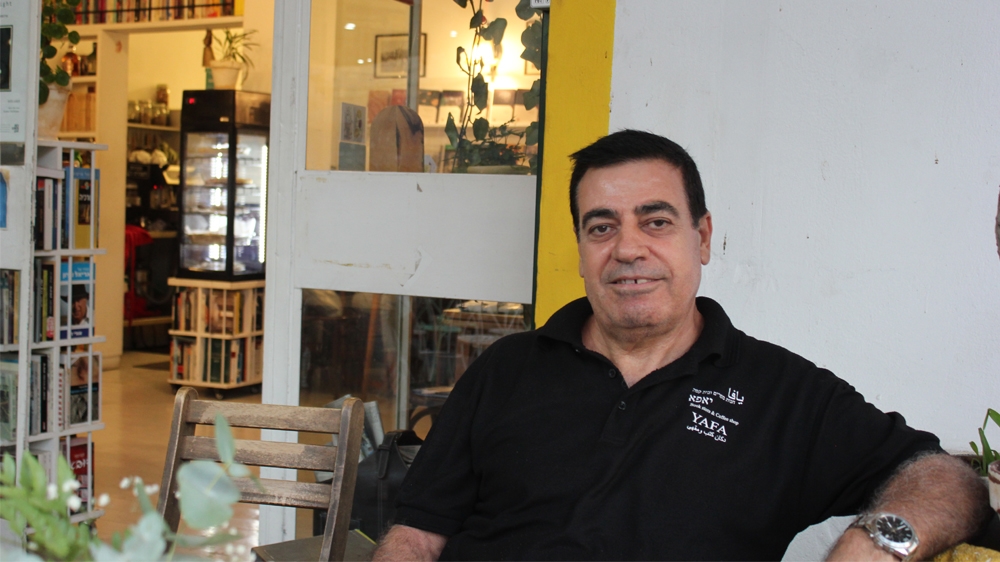 Michel al-Rahib, a Palestinian citizen of Israel and owner of a coffee and bookshop in Jaffa, says he doesn’t see the point in voting [Arwa Ibrahim/Al Jazeera]

Palestinian citizens of Israel – which include Muslims, Druze and Christians – make up 20 percent of the population and more than 900,000 of nearly 6 million eligible Israeli voters.

Because Palestinian citizens traditionally vote as a unified bloc for the Joint List, they could have a significant effect on the electoral outcome if they vote in large numbers.

“Israeli society is divided nearly down the middle, so we have a chance to get rid of Netanyahu this time,” Sami Abu Shahadah, who is running Balad’s slate, told Al Jazeera.

“If 65 percent of our constituency votes, we will prevent Netanyahu from building the next right-wing coalition,” he added. 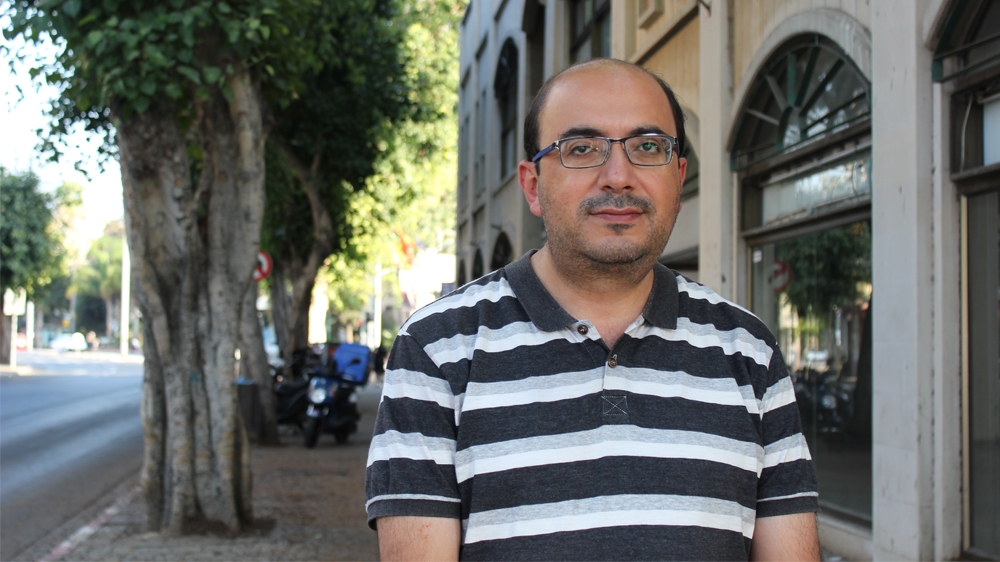 According to the latest opinion polls, many Israelis are expected to vote for Netanyahu’s main challenger, Benny Gantz, leader of the centrist Blue and White party, as well as other rival parties, including the far-right Yisrael Beiteinu party and the left-wing Democratic Camp party.

This could leave Netanyahu without sufficient support from other right-wing parties to clear the 61-seat threshold needed for a majority in the 120-seat parliament. If he is not able to form a coalition government, the opportunity could then pass to Gantz.

“Now that we’ve regrouped, if we vote in large numbers, we can bring Netanyahu down by creating a blocking majority against him,” said al-Tibi.

Despite such high hopes, the Joint List admits it faces challenges to mobilise its base.

“Many of our voters are disillusioned or disengaged from politics, others may vote for rival parties, while some, such as residents of the Negev desert, lack the resources to even consider voting,” explained Abu Shahada.

According to the Joint List’s internal polling, 52-58 percent electorate of its constituencies are expected to vote.

“Even if Netanyahu’s incitement backfires, many Palestinian citizens won’t mobilise, especially when we tell them from the get-go that we want to remain in the opposition,” said Abu Shahada.

Israeli media reported a few weeks ago that the alliance’s leader, Odeh, would consider joining a coalition led by Gantz if certain conditions are met, but other leaders of the Joint List have denied such a possibility.

“The Arab Joint List will not be part of a government,” confirmed al-Tibi, explaining that the alliance refuses to join any government that could potentially bomb Gaza, a besieged enclave of 2 million Palestinians, or carry out house demolitions in the occupied West Bank and East Jerusalem, among other moves.

Despite the uncertainty, like many Palestinian citizens of Israel, Kholoud Zibidi, a 40-year-old homemaker from Jaffa, will give her voice to the Joint List, no matter what.

“I will be voting for the Joint List no matter what. I want someone to represent me in the Knesset and to give us a voice.”

7 years ago, the UN warned that Gaza could be unlivable by 2020.